The baby was found at a house in Cordova, a town around 11 miles away from where she disappeared. The Shelby County Sheriff’s Office had issued a statewide Amber Alert for Rose Graham who was taken by her suicidal father on Monday night.

The infant was with her biological father, 25-year-old Roscoe Graham, who was armed with a handgun and suffering from depression.

‘We believe that baby Rose is in danger. We have information from the paternal grandmother that suggests that she hasn’t had a meal since 7pm last evening. We are in a desperate search for this baby’  a spokesperson for the Shelby County Sheriff’s Department told the media on Tuesday morning.

The father and baby were last seen in the 7500 block of Lowrance Road in Memphis on Monday night before she was rescued today.

In what the authorities are calling a “terrorist” incident, gunmen attacked the villages of Gangafani and Yoro in the Mopti region of Mali near the border with Burkina Faso, killing at least 38 people, according to an early government estimate.
The government responded to the Monday attack by sending a military unit to the area to investigate the incident and track down the perpetrators.
In a separate attack, a military patrol was ambushed by armed men in Banguimalam, according to the government statement.
The Mopti region in central Mali has been beset by sectarian violence in recent months. At least 95 people in June and 134 people in March were killed in similar clashes between the Dogon and Fulani ethnic groups. It is unclear what motivated Monday’s attacks.
Post Views: 52 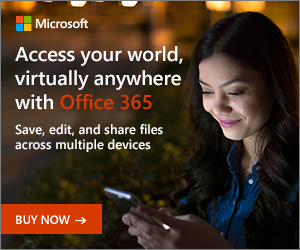 A Nigerian man has taken to Twitter to narrate a frightening Boko Haram experience he had in Maiduguri last week.

According to the narrator, identified as @Omogbajabiamila,  the Northeast region of the country is a “ perpetual war zone and worst still, the fighting can begin at any time without prior warning. ”

So, last week, I experienced firsthand, exactly what it is like to live in the Northeast region of Nigeria.

That place is a perpetual war zone and worst still, the fighting can begin at any time without prior warning.

A thread on my encounter with the horror of Boko Haram.

My final destination was Potiskum – an insurgency ravaged town. The plan was to witness and cover the commissioning of public structures previously destroyed by Boko Haram fighters. The projects were reconstructed by @VSFNigeria as part of its duty to rebuild the Northeast.

To get to Potiskum by air, you’ll have to fly to Maiduguri airport in Borno and then proceed to Potiskum via Damaturu, and a few other towns in Yobe state.

The roads are fair but heavily guarded as military bases, trenches and checkpoints were scattered everywhere.

Almost every corner in Damaturu had at least 2 armed soldiers. The security around the government house is always on high alert.

If you visit Yobe state, seeing that much guns could make you feel safe but it also meant, there’s a high level of insecurity in the neighbourhood.

Fast forward. We wrapped up the event in Potiskum, headed to Damaturu to get some sleep, then head back to catch our flight in Maiduguri the next day.

Back in my hotel, I felt; “Well nothing bad happened despite the perception of this place, so nothing can happen.”

Vehicles in from of us started making immediate U-turn. Oh shit! The worst has happened.

Immediately, we parked and turned around.

I was confused . I asked people in the bus what was happening.

They just casually told me that Boko Haram had taken over the road and it’s possible they’re marching towards Damaturu.

Me: “Excuse me, what’s happening? Why are people turning around?”

It was as if my ears were paining me when they said it is possible that they’re marching towards Damaturu.

I asked where we were. They said Damaturu.

Haaaa!… I jumped down from the bus!

I stood close to the Mopols(Mobile police) that were with us. So, we started discussing alternatives.

What do we do?
Is there another road?
Should we just go back to Damaturu?
Should we reschedule our flight?
Should we go and pass Jigawa?

Can’t explain how I was feeling.

While we were waiting to decide on the next step, mobile police officers stationed inside the bushes, ran out of the bushes close by with their bags and food plates.

One I spoke with said he has 5 children at home.

They told us to be on the lookout, that if we see anything unusual, we should alert the few security guys with us.

We were told that 3 weeks prior, BH launched an attack on that same village we were at the moment.

So, it is possible they’re already close by.

While we were looking out for BH guys, I was re-evaluating my entire life and wondering why it is this place of all places I chose to end it.

“God if I make it out of here alive, I will join the church choir and serve you for the rest of my life”, was the next prayer!

Apparently, the military guys manning the checkpoints had called for backup because they didn’t have enough men on ground to repel the incoming attack.

The best plan was to lay an ambush and wait for the Boko Haram fighters to walk into it.

In a few minutes, backup arrived.

Immediately I heard the sirens approaching.

Guess what came in?

Iyalaya anybody… I almost signed up to join the Army.

Ahan awon boys didn’t come to play at all.

I felt ashamed. Small small boys are carrying a gun to fight Boko Haram, I’m here pressing phone while they risk their lives for one purpose and one purpose alone, so that I can press phone in peace.

And then, more men arrived. I immediately had another erection. Kilode?????

Morale was high. Men were ready to fight. The people were cheering. The perfect recipe for victory!

To be honest, I was terrified and at the same time, excited.

Like the military, civilian JTF, vigilantes, and NSCDC advanced to the suspected Boko Haram entry point, we followed closely behind.

They stopped, disembarked and took positions while we stood from a distance to watch the action unfold.

It was tense for real.

After the guys positions, we waited.

Few minutes of waiting and looking far into the desert just on the right side of the road, we started seeing what looked like a Boko Haram advance party. A truck and a car following closely.

Immediately, soldiers moved in to engage.

The soldiers, with guns pointed, started approaching the truck slowly.

They signalled the driver of the truck to stop. He obeyed and a man half-dressed in military gear jumped out of the truck.

He walked slowly towards us with his hands up while guns were still pointed at him.

As soon as he reached us, the soldiers on ground ID’d him and found out that he’s also a soldier of the Nigerian Army.

Apparently, he was a “spotter”. He told us the BH(Boko Haram) guys had turned back when they realised an ambush was waiting for them in front.

After 2 hours of laying an ambush and waiting for Boko Haram, we were finally given clearance to continue our trip to Maiduguri.

The entire road was opened to commuters again.

We got into Maiduguri just in time for our flight back to Abuja.

What I witnessed and heard from soldiers and policemen on the ground about the e unending war is incredible. Not going into that today.

I just want to use this thread to appreciate the gallant men of the Nigerian Army today.

We’ll talk about the entire war some other time. 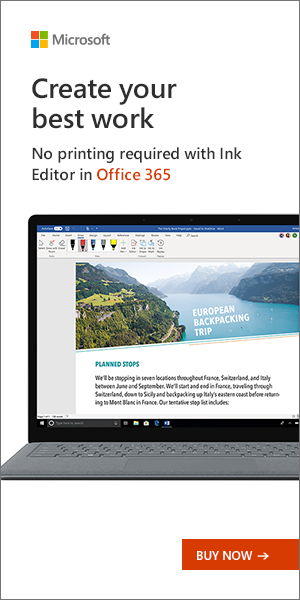