Two Canadian women have been abducted in Ghana, police said Thursday, a rare attack in a country seen as one of the most secure in the West African region.

The Canadians, charity volunteers aged 19 and 20, were taken on Tuesday evening in Kumasi, Ghana’s second city, some 200 kilometres (125 miles) northwest of the capital Accra, David Eklu, Assistant Commissioner of Police said in a statement. 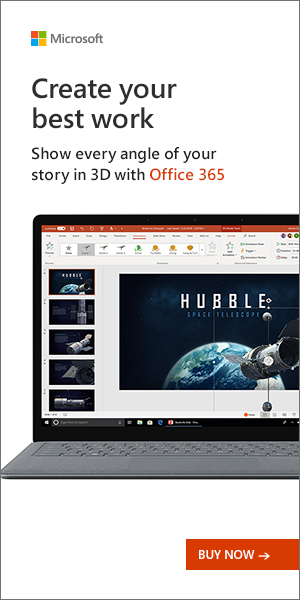 “Police Command is investigating a complaint of kidnapping at Ahodwo, Kumasi Royal Golf Club, at 8:25 pm on 4 June 2019, where two women of Canadian nationality were kidnapped,” Eklu said.

“Investigation started immediately upon receipt of the complaint, and the security agencies are working closely together to get them rescued, and the perpetrators arrested,” he added.

Police did not release the names of the women.

But they said they are volunteers with a group Youth Challenge International, a Canadian international development organisation with its headquarters in Toronto.

The group works in 16 countries across South America, Africa and Asia, working to support development projects for young people in areas such as health, education and employment.

“The general public is urged to assist the police by volunteering information,” Eklu added.

Security sources suggested this was a kidnapping for ransom.

– Appeal to the public –

Kidnappings and violent crime towards foreigners are rare in Ghana.

But earlier this year, local media quoted President Nana Akufo-Addo as warning that action must be taken to make sure kidnapping “doesn’t become a feature of our society.”

In April, an Indian man was reportedly abducted, also in Kumasi, by an armed gang demanding a cash ransom. He was swiftly rescued by police.

Tourism is an important industry for Ghana, and Kumasi, the historic capital of the Ashanti kingdom, is a favourite destination.

Ghana is a country of some 30 million people, where more than two-thirds of people follow Christianity and the rest of Islam and other religions.

Akufo-Addo, speaking on Wednesday to mark the Muslim holiday of Eid al Fitr, called on the Ghanaian people to protect religious tolerance.

“We are the envy of the world when it comes to the peaceful co-existence of different religious communities,” Akufo-Addo said in a speech, according to the presidency.

He also urged people to “report suspicious characters” to the police.

“We cannot surrender this beautiful way of life for anything, and, certainly, not to people who seek to pervert religious beliefs,” Akufo-Addi added.

High school graduations are full of relief. Maura DeHerrea said that’s how she felt at her niece Amani Sparks’s graduation from Leavenworth High School in Leavenworth, Kansas on May 18.

“She did good, getting to graduation,” Maura told Dateline. “When she was a junior, she was big into the drama department. She helped with the sets. But she struggled to keep her grades up senior year.”

After graduation, Maura said she, Amani, and other loved ones gathered at a family member’s house to celebrate Amani’s achievement. After opening some graduation gifts, 17-year-old Amani said she was going to go stay with a close friend for a couple of days as the friend was moving away soon.

“She was wearing her graduation gown when she left,” Maura told Dateline, adding that her niece drove off in the family’s red 2001 Ford Escape.

Maura said her sister, Amani’s mother Sara Sparks, didn’t find it odd to not hear from Amani for a couple of days since she knew Amani was spending time with her friend. But after four days went by with no word from the teenager, Sara grew concerned.

“[Amani’s mother Sara] called Amani and she didn’t answer,” Maura told Dateline. “So she texted Amani and said she had to bring the car home.”

According to Maura and the Leavenworth Police Department, a message came back from Amani’s phone saying “ok,” which family took to believe that Amani would bring the car home. But Amani never returned.

“Either she really did send the text or someone has her phone and was able to text from it,” Maura said. “Because anyone can text from your phone.”

According to the Leavenworth Police Department, Amani’s mother Sara called to report her daughter missing on June 12. Major Dan Nicodemus told Dateline an officer was sent to her residence that day.

“We immediately entered Amani into the National Crime Information Center as a missing juvenile,” Maj. Nicodemus told Dateline. “It’s a national database. So if she comes into contact with any law enforcement anywhere across the country, it alerts them that she is missing from here.”

Major Nicodemus said officers have since spoken to the friend with whom Amani told family she would be staying with for those few days. According to Amani’s aunt Maura, the friend said Amani was supposed to come over that day – but she never arrived.

“And the friend says she hasn’t had contact with Amani since,” Maj. Nicodemus added.

Amani does have access to a car – the family’s red 2001 Ford Escape with the Kansas license plate 069-DAV that she was driving after the graduation party. But her aunt Maura said the car wasn’t in good condition and couldn’t handle a long road trip. Regardless, Maura told Dateline she has checked multiple in-state and out-of-state impound lots. The car has not been found.

Amani’s Aunt Maura said Amani had $100 in cash at the time from combined graduation presents, but she did not have access to a bank account and didn’t take many clothes with her. Maura said Amani does have a pre-paid phone with her, and authorities say they’re currently trying to ping the phone’s location.

“We are currently working on tracking the phone and are waiting for phone records to come back,” Maj. Nicodemus told Dateline. “One of the prerequisites to get phone records without a subpoena is to demonstrate an emergency, and we can’t demonstrate that right now.”

Since Amani’s disappearance, a few of her friends have told family that Amani may have met a St. Louis, Missouri man on a dating website. The friends weren’t able to provide the name of the man, though, and police said they “don’t have any information on who that man is.”

“Regardless of the circumstances, her family cares about her. We’re going to keep looking till we find her,” Maj. Nicodemus told Dateline. “We’ll gladly take any information we can get about where Amani is.”

“She’s an awesome person — awesome with young children, awesome with her nieces and nephews. Very slow to lose her patience,” Maura said. “This is all very scary.”

Amani Sparks turned 18 years old since she disappeared. Amani is described as being 5’6” and weighing 135lbs., with dark brown hair and brown eyes. If you have information, please contact the Leavenworth Police Department at 913-651-2260 or 911.

I must convey my admiration for your kind-heartedness giving support to persons who absolutely need help on this matter. Your real commitment to getting the solution around came to be especially interesting and has consistently encouraged individuals much like me to realize their aims. Your amazing important guide entails much to me and much more to my fellow workers. With thanks; from each one of us.

I and also my guys happened to be studying the best secrets and techniques located on your site while all of the sudden I had a terrible feeling I never thanked the web blog owner for those secrets. All of the young men happened to be totally happy to learn them and have in effect simply been tapping into them. Appreciation for really being very helpful as well as for making a choice on varieties of smart tips millions of individuals are really desirous to know about. My personal honest apologies for not expressing appreciation to sooner.

I’m also commenting to make you be aware of what a impressive encounter my wife’s princess experienced studying the blog. She noticed a good number of pieces, including what it is like to possess an ideal giving mindset to make other people with no trouble thoroughly grasp specific impossible subject areas. You really exceeded readers’ desires. I appreciate you for giving these effective, trusted, informative and unique tips on this topic to Lizeth.