Slightly built, Fernando favoured precise strokeplay over power in the mould of Sri Lanka legend Mahela Jayawardene, but he was still able to dispatch Sheldon Cottrell for two sixes into the leg side, one measured at 83 metres.

The Windies were guilty of five no-balls, the highest in an innings at this tournament and it was a mammoth overstep from Oshane Thomas that allowed Lahiru Thirimanne a reprieve after he clipped straight to mid-wicket.

Thirimanne advanced down the wicket to thump successive boundaries in the next over as the Sri Lanka middle order all contributed to an impressive total – their previous highest in the competition had been 247 in an 87-run defeat by Australia at The Oval.

However, after Malinga struck twice in his opening three overs, it was the brilliance of Pooran that looked set to rescue the mercurial Windies, who had Barbadian pop star Rihanna cheering them on enthusiastically from the stands.

Pooran, the stylish Trinidadian left-hander, reached his fifty with a six, and with Allen also striking the ball cleanly for his maiden half-century, West Indies looked favourites as Sri Lanka’s attack began to wilt and show a lack of depth.

But the pivotal moment came when Mathews, in his first one-day international spell for 561 days, lured Pooran into a full-blooded cut that, for once, was not struck sweetly and the ball was gleefully pouched behind the stumps.

Sri Lanka will surely rue two washed-out matches earlier in the tournament, because even if they beat India in their final match and reach 10 points, they would not go through as other teams have more wins.

‘Angelo put his hands up’

Sri Lanka captain Sri Lanka captain Dimuth Karunaratne: “To win any match is a great feeling. It gives us lots of confidence. All of the players are doing really well. That is what I was expecting as a captain.

“Angelo put his hands up and said: ‘OK I will bowl two overs.’ He has that confidence. He did the job. I don’t think he is going to bowl much more, but if it is a crucial time he might bowl a couple of overs.”

West Indies skipper Jason Holder: “We started slowly out of the blocks; we gave up a lot of runs in the field and that really hurts you. We were sloppy. We have to be better. This entire tournament we have let key moments slip.

“I felt 338 was about par, it was free-scoring. It was a matter of us getting in and playing some shots. Pooran had an outstanding knock. He gave himself a chance and went deep. The run-outs were crucial. We were one or two partnerships away.”

Crowds gathered at a huge screen in the capital while a viewing party was hosted in the city by Premier League side Norwich City, whose striker Pukki has become the talisman of Finland’s qualifying campaign with nine goals in nine matches.

His exploits for club and country have given birth to the #PukkiParty trend on social media and the Canaries are hosting an official Pukki Party in a Helsinki night club on Friday. They even opened a pop-up Norwich City store in the city to capitalise on the interest in their star striker.

Finland goalkeeper Lukas Hradecky suggested 15 November – the day his country confirmed qualification for Euro 2020 – will go down in history.

“This could be a date for a national holiday in my opinion,” he said. “We made our dreams come true, plenty of people share that thought with us.”

‘Captain America’ was how Fikayo Tomori described Chelsea team-mate Christian Pulisic in the week. After a hat-trick against Burnley, it might be time for a promotion. 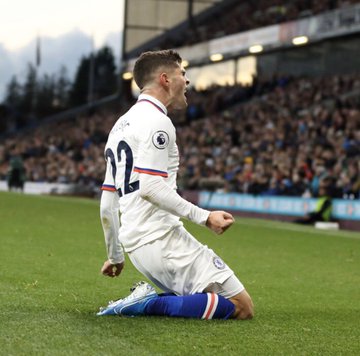 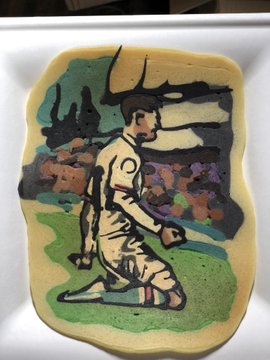 Following his exile from the team, he made three substitute appearances of under 30 minutes – plus one Carabao Cup start – but he set up three goals in that time, including against Southampton and Ajax.

Lampard may find it impossible to put him back on the bench now. Not that he will want to.

“I know the pressures of a move like that,” said his Chelsea manager. “He only had a one-week break this summer [with the US in the Gold Cup]. I try to deal with it as I see best. I’ve got competition in that area. He’s been performing well from the bench, he fully deserved to start and a match-winning performance.

“I hope it gives him confidence, it should do. I’m pretty sure it will do.”

Pulisic is no rookie, having scored 19 goals in 127 games for Dortmund and another 13 in 34 for his country.

He added: “I just want to be on the field, help the team and make an impact. I didn’t think it would be super easy. But I have come on a few times the past few weeks and was happy to start today, it was a special day.”

He is now one of many talented youngsters in the Chelsea team as they have risen to fourth in the table with a seven-game winning run in all competitions.

English trio Mount, Tammy Abraham and Tomori have all enjoyed fantastic seasons so far, with Pulisic replacing another – Hudson-Odoi – in Saturday’s line-up.

When he first arrived, he could have been seen as a replacement for Eden Hazard, who left for Real Madrid this summer in a deal which could be worth up to £150m.

He was quick to downplay those comparisons at the time – but Hazard said Pulisic could be “one of the best in the future for sure”.

The Hazard chat may have died down with Pulisic out of the team, but this hat-trick – already halfway to Hazard’s total of two Premier League trebles – will soon reignite comparisons.

Luckily he has a bit of help with learning about goalscoring – manager Lampard is the Blues’ all-time top scorer with 211.

“He was an incredible goalscorer so we work on it a lot in training,” said Pulisic on his manager.