The Panic of Growing Older

Bayo reads and gets to secondary school

“Bayo read” when you get to the University, there’s so much time to flex, to party; don’t worry” is that not what we’re all told when were younger? Was it not the anticipation of futuristic enjoyment and peace that spurred us on to strive, to read, to struggle?

Now some of us are now twenty, some forty, some fifty; even some are approaching eighty. Have we now stopped striving?

Have we now become satiable? Man, being who he is, is always toiling. Even till our knees become weak; when we can barely see anymore, when we are riddled to a chair, we keep toiling endlessly

The thing that drives most people is the panic of Growing Older; no one wants to be outdone by the other. That panic of growing older is what makes people to say;

When then will this panic stop? Perhaps in the grave? When will the anxiety of growing older abate? When we’re no more?

Your comments and opinions are welcome!

Defending champions Manchester City suffered a shock defeat at Norwich City as Liverpool maintained their 100% start to the Premier League with victory over Newcastle to move five points clear at the top of the table.

Norwich took an early lead through Kenny McLean before Todd Cantwell doubled their advantage. Sergio Aguero pulled one back before the interval but Teemu Pukki sealed victory with his sixth top-flight goal, before Rodri hit a late consolation as the Canaries held on to win 3-2.

Roberto Firmino was a first-half injury replacement for Divock Origi, and the Brazilian was in sublime form, setting up Mohamed Salah’s strike in the second half with a superb flick.

Tottenham and Chelsea both secured big wins, while Manchester United returned to winning ways to end Leicester’s unbeaten start to the new campaign.

Spurs scored all their goals in the first half of their 4-0 home win over Crystal Palace, with Son Heung-min grabbing two either side of a Patrick van Aanholt own goal to put the north London side three up inside 23 minutes.

Erik Lamela also scored before the break, lifting Mauricio Pochettino’s side up into third place, with Palace in 11th.

Chelsea striker Tammy Abraham scored a hat-trick in his side’s 5-2 win at Wolves, but was also on the scoresheet at the wrong end.

The 21-year old’s three goals gave Frank Lampard’s side a comfortable lead inside an hour at Molineux, but his slight touch to Romain Saiss’ header helped Wolves pull one back. A second from Patrick Cutrone reduced the arrears further, but Mason Mount added a fifth for the Blues in stoppage time.

The striker was felled by Caglar Soyuncu in the seventh minute and then slotted home from the spot, and the England international’s third goal of the season was enough to give United their second win of the campaign.

Sheffield United had a goal ruled out by the video assistant referee in the first half, and then saw Moussa Djenepo score a brilliant winner for Southampton at Bramall Lane.

Oliver McBurnie had the ball in the net after 52 minutes but John Egan was shown to be offside – and to make matters worse for the Blades, striker Billy Sharp was sent off late on in the 1-0 loss.

Burnley salvaged a point with an injury-time equaliser to secure a 1-1 draw at home to Brighton. 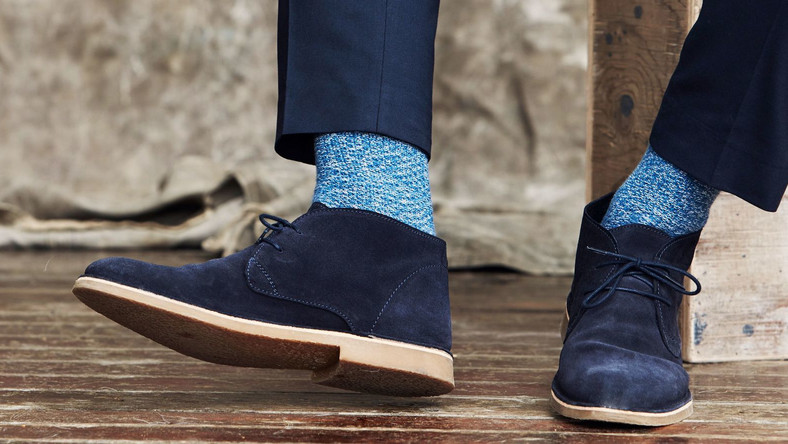 As a guy, it is all but guaranteed that we will be unwrapping a few pairs of socks this holiday season. The go-to gift of extended family members comes at the perfect time every year, helping us replenish our footwear assortments to combat both the cold and our ability to never quite be able to locate a complete pair. Though for most of us, socks are much more difficult to keep track of to the point where we need a more continual tune-up. Luckily, there are sock subscription services that provide a solution to something we are always in need of and take away the tedious task of sock shopping.

Its simple. Every month, quarter, or even just once a year, sign up to receive a hassle-free set of socks that you dont have to give a second thought to. Most services ask in depth questions such as preferred sock height, colors, fabrics, and sizes to help ensure that even the pickiest of dressers receives the footwear comfort he needs. While others are as simple as a quick three clicks of your mouse for the man who is more go-with-the-flow in terms of his style.

Ozone is a brand known for their range of options. From special collaborations with the likes of Frank Lloyd Wright to classics like plaids and argyles, Ozone offer a wide variety to fit every guys needs. Their Sock of The Month Club allows you to participate for either 6 or 12 monthsplus, you get a free pair just for signing up.

Offering the most options is Black Socks, a company who has been perfecting the subscription service method for over 20 years. They specialize in more classic solid-colored styles, but have five different delivery frequency options, giving you the most flexibility and control over your subscription.

An ideal option for the no-fuss shopper, Stance’s simple and quick interface makes this sock subscription experience completely painless. A few easy questions allow them to easily decipher your preferences to give you the perfect pairs for your lifestyle. For those who are more interested in an athletic sock subscription, we suggest you check this one out.

This cheap sock subscription service gives you all the right bang for your buck. Offering both classic and no-show styles (and the ability to mix!), the low price doesnt skip on style or customer service, allowing you to ship anywhere in the world for free and the ability to exchange any pair you may not enjoy.

Known for their bold sense of color and pattern, we cant imagine a more luxurious sock experience than what Paul Smith offers. Not only does their method allow you to see your entire sock order for the year before you purchase, they also provide you with three colorful versions of groupings to choose from, all of which are guaranteed to put a smile on your face.

Novelty socks have never looked so good thanks to Foot Cardigans creative and eye-catching prints. Available in three different packages (crew, no-show, or premium) their bold colors will have you continuously guessing whats on their way to you next.

A witty name equates to witty socks. Known for coming in themes such as animals, ocean-life, and food groups, this sock subscription service could provide the biggest surprise each month. They also offer a womens package, providing the perfect gift for the eccentric dresser in your life.

Well done. Nice write-up. I had a good read and wanted more.

For me my fear of growing up is actually the fear of the unknown. Would I achieve and surpass all my dreams?

This is an issue that pervades a lot of people’s lives. The question of if they will acheive their dreams. However, we just all have to keep pressing forward and keep being optimistic

I needed to post you one very little note to be able to give thanks once again with the breathtaking concepts you’ve discussed above. It is quite incredibly open-handed of you giving unreservedly exactly what most people could have sold as an e-book to get some money for their own end, chiefly since you might well have done it if you ever decided. Those techniques in addition served like the great way to understand that other people have similar passion similar to mine to learn much more when considering this condition. I know there are lots of more enjoyable opportunities ahead for folks who scan through your blog post.

I wanted to create you the little bit of note to help say thank you over again for the beautiful information you’ve shown in this case. It is incredibly open-handed with people like you to supply without restraint all most people would’ve marketed as an e-book to make some dough for themselves, principally now that you could have tried it in the event you decided. The solutions also worked to be the easy way to comprehend other people have the identical desire like my own to know the truth a lot more with regards to this condition. I’m sure there are lots of more fun times in the future for many who read through your website.