When Ebuka revealed that at least one person would be evicted from the show, viewers were tense because no one wanted their fave to be kicked out of the house.

Tacha, Mike, Omashola and Jeff were put up for eviction this week but unfortunately, Jeff ended his quest for the N60 million star prize pegged on the reality TV show as he could not survive today’s eviction.

This brings the number of evicted housemates to a total of eight with Thelma, Nelson, Tuoyo, KimOprah, Ella, Avala and Isilomo already out of the show.

Despite the crushing disappointment fans of the newly evicted housemate experienced, the crowd at the eviction show were thrilled as Ebuka in his usual manner came on stage in an awesome outfit.

T-Classic, who performed during the eviction show thrilled the crowd with his exciting sound and they had no choice but to groove to his amazing performance. As a matter of fact, fans jumped to their feet when T-Classic performed his hit single ‘Nobody fine pass you’. 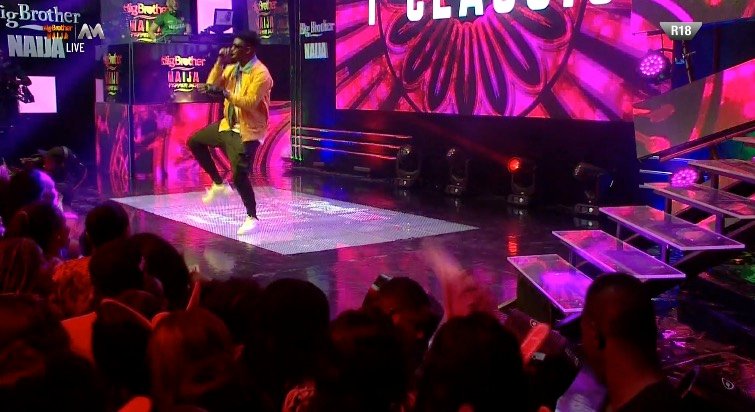 Do you think this night’s eviction was fair? Tell us what you think in the comment section

Singer Elton John had to be rushed to hospital in the UK after contracting an infection while on tour in South America in 2017.

Sir Elton John has revealed he had prostate cancer – and was 24 hours from death after catching an infection following surgery.

The singer, 72, had been touring in South America in 2017 when he had to rush to the UK after feeling “worse than I ever had in my life”.

According to a new autobiography, Me, serialised in the Daily Mail, Sir Elton said: “I was taken to King Edward VII’s Hospital in London, where I had a scan.

“I was told that my condition was so serious, the hospital didn’t have the equipment to cope with it.

“I had to be moved to the London Clinic… By 2.30pm, I was on the operating table, having more lymphatic fluid drained – this time from my diaphragm.

“For two days afterwards, I was in intensive care. When I came round, they told me I’d contracted a major infection in South America, and that they were treating it with massive intravenous doses of antibiotics.
“But the fever came back. They took a sample of the infection… it was much more serious than they’d first realised.

Your pictures look lovely but your finishing isn’t and when complaints were raised your attitude was one of rudeness, trading words and even hanging up on your client.

You blocked your client so there was no way you could be contacted. You only picked up after other people got involved. There are witnesses so you might want to thread carefully. When asked why you blocked me? Your response was you were going on holiday and didn’t need bad vibes. On my money?

You delivered last week and two buttons came off, I had a carpenter fix. 6 more came off and I sent your husband who works with you on projects a message, that pissed you off too. I have never called anyone out in my life pls don’t make out like you are a victim.

I paid for a service and I have a right to complain. My blind is still bad, the top of my closet island is bad and when you were asked, you said nature is responsible for that. You blamed the machine for the bad finishing on the wood too. Pls do the right thing,” Toke wrote.

I conceive you have remarked some very interesting points, regards for the post.

I like this blog very much, Its a rattling nice office to read and find information. “One man’s religion is another man’s belly laugh.” by Robert Anson Heinlein.