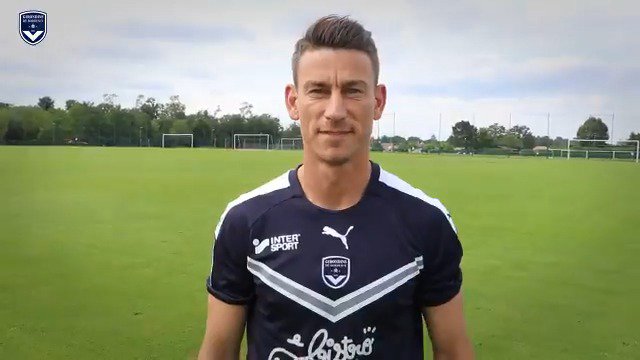 “Got what you wanted and still trying to have a dig. Hope it’s worth it in the long run.”

Koscielny has later posted a statement on Instagram explaining his decision to join Ligue 1 Bordeaux in a £4.6m deal.

He describes his return to his homeland as a “turning point” in his life “as a player, man and family man”.

“My decision to leave has been discussed for months with my club, my team-mates, my coach.

“However, I hope you can understand, and in any case I cannot be thankful enough for these years past at Arsenal.

“I am aware of everything that the club and you supporters have brought to me. But it is time for me to go home so today my will is to join the Bordeaux.”

From Arsenal fans and journalists to former players and celebrity supporters, plenty of people have been airing their thoughts on Koscielny’s move on social media.

Arsenal captain Granit Xhaka was involved in an angry confrontation with his own supporters as Crystal Palace came from two goals down to earn a point in an ill-tempered atmosphere at Emirates Stadium.

His own performances raise questions about his suitability but his petulant, goading reaction to his 61st-minute substitution by youngster Bukayo Saka only played into the hands of those who believe he does not have the character for the role.

Of course, it will have hurt a proud professional to hear the mixture of delight and sarcasm that greeted his number coming up, but his response was provocative and met with loud condemnation from Arsenal’s fans.

Arsenal had conceded a two-goal lead so there was a sense of urgency that was not reflected in his slow stroll towards the technical area, anger growing with every laboured stride.

He then waved his arms towards Arsenal’s fans before foolishly cupping his ear and going through the most cursory of gestures with Emery, also appearing to exchange words with supporters. Xhaka then took off his shirt and went straight down the tunnel.

It summed up the discontent lurking close to the surface at Arsenal, with further evidence provided by the loud chants for exiled German star Mesut Ozil as they fought in vain for the winner.

Arsenal are in fifth but a gap is now opening up – four points to Chelsea in fourth – and this was another display that exposed their fragility and soft centre as that early advantage was cast aside.

This was another unsatisfactory 90 minutes for Emery and Arsenal.

This draw continues Palace’s fine start to the season as they enjoy a top-six place after this battling point.

Manager Roy Hodgson will be mortified at conceding those two early goals from corners but will also be delighted at the way Palace dug deep and showed great reserves of resilience to fight back.

It was inevitable Zaha would be a central figure after Arsenal’s summer pursuit of the player fell flat and he reluctantly stayed at Selhurst Park when a move to Everton failed to materialise.

And so it proved in the incident that changed the game just after the half hour as he was initially cautioned for diving before VAR correctly ruled he had been dragged down by Chambers.

This was all the encouragement Palace needed, playing on Arsenal’s nerves and plundering the equaliser through Ayew.

Hodgson himself accepts Palace are unlikely to stay in this lofty position but there is certainly enough experience and threat in this side to ensure they will not have any serious concerns at the wrong end of the Premier League table.

In a statement, the adjudicatory chamber of FIFA’s independent ethics committee said the probe targeting Siasia stemmed from a wider investigation involving Wilson Raj Perumal, who has confessed to international match-fixing.

The probe that began in February found Siasia “guilty of having accepted that he would receive bribes in relation to the manipulation of matches in violation of the FIFA Code of Ethics,” the statement said.

FIFA did not detail the nature of ties to Perumal, a Singaporean national who was arrested and jailed in Finland in 2011 for fixing top-tier football games there.