The pair fought in New York in June, with Ruiz earning a shock seventh-round stoppage victory to hand Joshua his first professional loss.

Ruiz, who was knocked down in the third round before recovering, picked up the WBA, IBF, WBO and IBO world titles.

Cardiff’s Principality Stadium had been among the options to host the rematch.

Joshua, 29, had said his preference was to fight in the Welsh capital, where he has previously fought in front of crowds of more than 70,000 people for his wins over Carlos Takam and Joseph Parker.

However, 29-year-old Ruiz, who was born in the United States but has Mexican heritage, had ruled out a fight taking place in the United Kingdom.

Amnesty International said Joshua should learn about conditions in the country and “be prepared to speak out” on the issue.

Amnesty UK’s head of campaigns Felix Jakens said the heavyeight contest was “likely to be yet another opportunity for the Saudi authorities to try to ‘sportswash’ their severely tarnished image”.

The country also hosted the opening race of the Formula E season in December, is in talks to host a Formula 1 race before 2021 and recently announced it will stage the richest race in horse racing history in February.

“Despite some long-overdue reforms on women’s rights, Saudi Arabia is currently in the grip of a sweeping human rights crackdown – with women’s rights activists, lawyers and members of the Shia minority community all being targeted,” Jakens added.

“There’s been no justice over the gruesome murder of Jamal Khashoggi, and the Saudi-led military coalition in Yemen is carrying out indiscriminate attacks on homes, hospitals and market-places with horrific consequences for Yemeni civilians.

“As with other sporting stars going to Saudi Arabia, we’d call on Joshua to inform himself of the human rights situation and be prepared to speak out about Saudi Arabia’s abysmal human rights record.”

The fight will be broadcast on Sky Sports Box Office in the UK and Joshua’s promoters, Matchroom Boxing, said a news conference would be held on Monday, 12 August when more details would be revealed.

One issue that has not yet been disclosed is the start time of the fight.

Saudi Arabia is three hours ahead of GMT, so while a midnight start in the Middle East in December would mean a 21:00 start in the UK, the fight would be taking place in early afternoon in Los Angeles and early evening in New York – times which could prove unpopular with fans in America paying to stream what will be the biggest fight in the sport this year.

Ruiz scored four knockdowns on his way to a seventh-round stoppage on what was Joshua’s much-publicised US debut on 1 June. The result ranked as one of the biggest upsets in the history of the heavyweight division, with Joshua a 1-25 favourite before the bout.

Since his win, Ruiz has questioned Joshua’s boxing skills, while Joshua has spoken of a belief in his ability to “right my wrongs”.

It was one of the greatest surprises in June and now we have a surprise of heavyweight proportions regarding the venue of Diriyah, on the outskirts of the capital Riyadh.

There’s been many a rumour in recent years about big fights heading to the Middle East but nothing on this scale has ever been finalised.

Last September, Callum Smith beat George Groves to lift the WBA super-middleweight title in Jeddah and, a month ago at same venue, Amir Khan fought a badly-overmatched Australian Billy Dib. On each occasion, the atmosphere was lively rather than raucous.

Already criticisms have been aired about the suitability of the venue for political and human rights reasons, as was the case in the run-up to last year’s football World Cup in Russia and the Olympic Games in Beijing just over a decade ago. Also, fans in the UK are complaining that they’ve been let down because of the cost and the logistics involved in getting there to watch.

Joshua is acutely aware of boxing history and has spoken in past about how he respects the way Muhammad Ali travelled as heavyweight champion, truly living up to the billing of world champion.

Ali boxed in Zaire (now Democratic Republic of Congo), Malaysia, Indonesia, the Philippines and elsewhere; George Foreman fought for the heavyweight title in Venezuela and Jamaica.

And even though the belts no longer belong to Joshua, it could be that Saudi Arabia will become a defining venue in his career, remembered as the scene of his return to world champion status. The bookmakers certainly think so, installing Joshua as the 1-3 favourite, thereby contradicting the views of the many respected pundits who feel Ruiz will repeat his success.

But, no question where it takes place, it’s one of the most eagerly-awaited heavyweight fights in 30 years after the scale of that surprise. 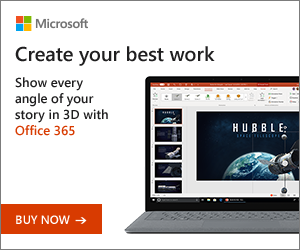 Joshua and Lewis clowning around

Anthony Joshua was back in the headlines after comments he made in his extended Untold Truth  interview – and social media was stirred into action.

Pacquiao, meanwhile, has more pressing matters to deal with – such as controlling his new pooch, which he has cheekily named after his last opponent…

Manny Pacquiao has bought a new dog and named it after Keith Thurman. 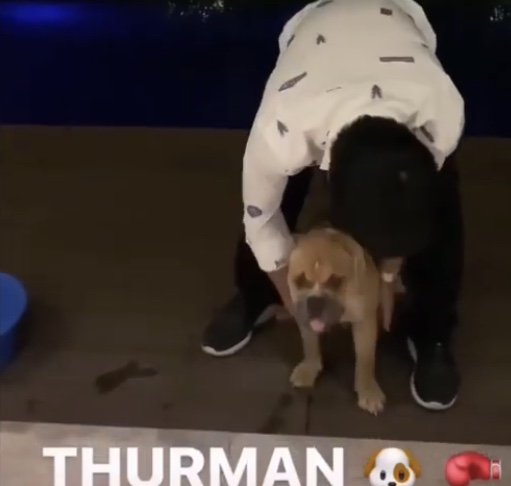 278 people are talking about this
Report

Will Lesnar and Jones finally get it on?

They’ve been calling each other out for years.

Jones, 32, thinks it would be an easy night’s work… 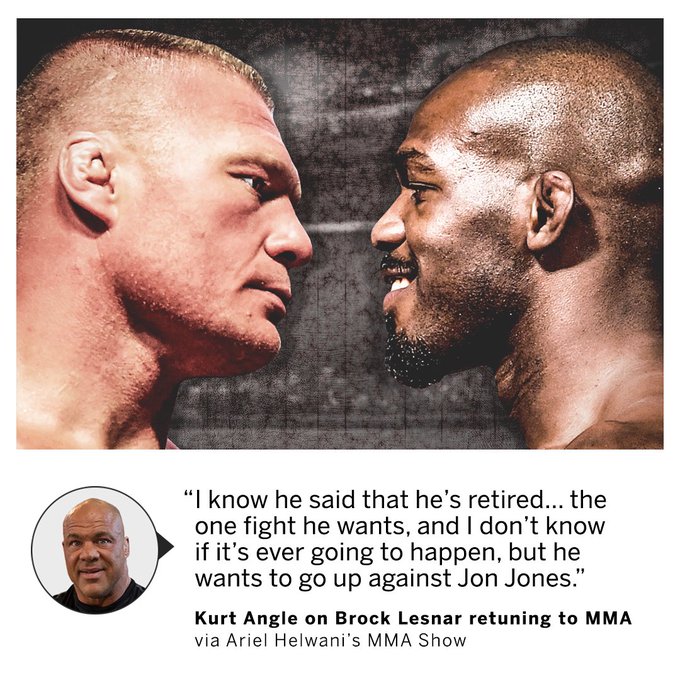 36.4K people are talking about this
Report

‘The fight between two gangsters’

Having made a successful return to UFC after three years out, you’d think Nate Diaz might be looking for a trilogy fight with rival Conor McGregor.

But, after defeating former lightweight champion Anthony Pettis by unanimous decision, Diaz called out Jorge Masvidal for what he referred to as a fight between two “gangsters”.

Masvidal feels he deserves a big-money fight after beating Briton Darren Till, followed by a brutal five-second knockout of the undefeated Ben Askren…

.@GamebredFighter can’t be any more clear about the fact that he wants more

‘s added to his next paycheck.

“If they open up the checkbook, I will fight King Kong in his prime.” 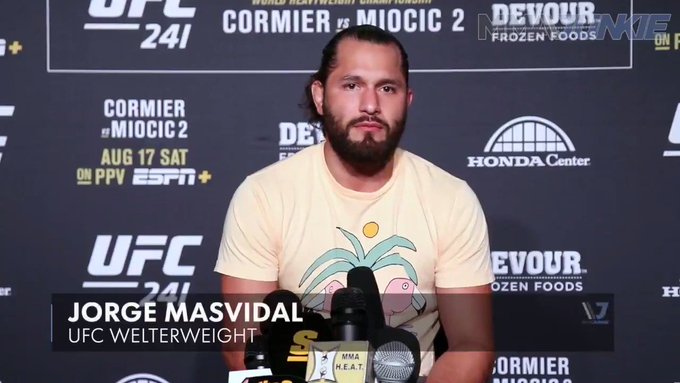 Thank you for all of the hard work on this blog. Kim enjoys going through investigation and it’s really obvious why. Most people know all of the powerful method you produce worthwhile guidance by means of the website and in addition welcome participation from visitors on the article so my princess has always been studying a lot of things. Enjoy the rest of the year. You’re the one conducting a great job.

I really wanted to jot down a note in order to appreciate you for the stunning suggestions you are giving at this site. My incredibly long internet research has at the end of the day been compensated with really good information to exchange with my best friends. I would repeat that we website visitors actually are truly blessed to exist in a good network with so many brilliant individuals with helpful principles. I feel quite lucky to have used the web page and look forward to tons of more pleasurable moments reading here. Thank you once again for a lot of things.