As a continent, Africa has long been, though unfairly been associated with bad things ranging from ritual killings to corruption and terrorism. Indeed, to the outside world, the image of Africa is of a place where all kinds of unheard things happen. In some cases, Africa has given doe justification for these views while in some cases these views were borne out of a wrong view about Africa.
However, to be particular, our country, Nigeria, who prides herself as the giant of Africa had come into the limelight in recent times as having citizens whose mainstay is internet fraud. In truth, ‘Yahoo’ boys as they are famously called, have been in the country for some time with the government trying its best., though not sufficient to clamp down on them. However, on the back of recent economic hardship in the country, this fast killing virus, has once again brought Nigeria and her citizens to the limelight.
To begin the whitewash of the country, a thirty-one year old Nigerian, in the person of Obinwanne Okeke, popularly known as ‘Invictus’ Obi who was featured on Forbes as one of the African millionaires under thirty was indicted by the FBI after a yearlong investigation to have committed computer fraud and conspiracy to commit wire fraud to the tune of $11 million US dollars.
As if that was not enough, the United States released a list of 80 Nigerians who has committed internet fraud; not only that, names of 23 Nigerians were published by authorities in Saudi Arabia among those who were to be executed for drug related offence. Also, in an investigation done between January and July, it was discovered that Nigerians had defrauded citizens of the United States to the tune of $1 billion US dollars’ that is not to mention the hordes of Nigerians scattered across the world in prisons in Indonesia, Malaysia, Qatar amongst others for crimes related to fraud and drug dealing.
How then did we come this far and how did this fast-killing virus threatening to kill our already sick reputation get it? First, we have to take at our values. What happened to them? Did they die? If they didn’t die, all tribes in Nigeria, have values that totally reject stealing and any form of it. It means that if we have Nigerians both home and abroad who have engaged in any form of stealing, they have lost the core values that any tribe which they come from in Nigeria stands for.
Another important factor that has contributed to the way Nigerians now see internet fraud as a means of livelihood is the fact that the successive governments in the country have succeeded at failing Nigerians. What this has caused is that Nigerians have become desperate and thus have resulted into any possible way to get wealth. This has thus made Nigerians, particularly young people to see internet fraud as the way to get wealth.
Given the fact that internet fraud has become a fast-killing virus eating at the image of Nigeria., which way do we go? We need to put our house in order. It is clear that with the way we are going, no sensible investor would want to invest in a country that is now famous for fraudsters. How do we put our house in order? Th key is for everyone, both citizens and government to work hand in hand; the government playing her role to make Nigerian citizens not to see fraud as the only means of livelihood. On the part of citizens too, we have to renew and reorient our minds to the consciousness that this country is ours and we cannot continue to be ambassadors of fraud. By so doing we would rid ourselves of this fast-killing virus.

GETTING RICH QUICKLY: A BLESSING OR A CURSE? (THE NIGERIAN PERSPECTIVE)

Generally, money is very important in the life of every human being. This is because in our ever-changing world, it is becoming a norm that anyone who does not have money is close to being considered a destitute. Amongst, friends, the ones without a strong financial base are cast aside, in families, the ones without money are most times shut up as their sometimes wonderful ideas are cast aside because they do not have the financial capability to back it up; among siblings too, anyone who is less privileged is counted less important. One might argue that money is not everything. However, most things, ranging from transactions, deals and agreements among other things are done with the direct or indirect involvement of money. See

Having established the quintessential role that money plays, it is then important to limit the scope to our argument to our locality; Nigeria, in order not to have a distorted view of the subject matter.
Before going into the crux of the matter, I’d like to throw this pertinent question at you; is getting rich quickly a blessing or a curse?
Undeniably, some quarters are going to say it’s good to get rich quickly because it would make the individual to do a lot of important things in record time. In Nigeria, those things include, buy or build a house(s), buy a car, get married and take care of the family. That’s perfectly right! Those are valid reasons to get rich quickly. However, adopting the Nigerian perspective, has the race to achieve all these in record time not led Nigerians and indeed Nigerian Youths to do the unimaginable?
Almost everyone, if not all, would agree with me that if we were to ask an average Nigerian, particularly a fledging youth what he or she wants, the popular answer would be that; “Ki n sa ti lowo (Let me just have money)
These days, the desire to ger rich is so strong that people would do anything to get rich; Yes! I mean anything. This has resulted in ritual killings, kidnappings and famously, Internet fraud, popularly known as ‘Yahoo Yahoo’
Concerning the Internet fraudsters, they have become so rampant that some of them now organize tutorial classes for fellow youths like them to learn how to become an internet fraud. Some of them have even gone to the extremes of adding what they call ‘plus’ to it. The meaning of this is that they would add ritualistic means to their internet fraud to make their ‘business’ boom. What this has caused is that a lot of youths who are suppose to be in school in order to be the so-called leaders of tomorrow have dropped out of school to face their internet fraudster business squarely. In the end, some of them either go irredeemably broke after squandering their ill-gotten ‘fast’ wealth while others die of mysterious reasons. I ask again, is getting rich quick a blessing or a curse?
For those who indulge in kidnappings, they most times get into crossfires with policemen or security outfits when trying to recover their ransoms leading to the death or severe injuries to them; I ask again, is getting rich quickly a blessing or a curse?
One cannot completely blame the citizenry for this rather saddening situation. The government, over the years also share a bulk of the blame. Either directly or indirectly, successive Nigerian governments have through their posture led Nigerians towards resorting to nefarious means to get fast wealth. In a country where the citizens have to provide water for themselves, security, sometimes power supply (electricity generating sets) and the likes, do you expect such citizens not to resort to nefarious means to get wealth? Definitely they would. In a country where the citizens know that they cannot get true justice, cannot get true representation in power and cannot reap the sincere and equal fruits of democracy; you expect them not to resort to any means to get rich as quickly as possible?
Enough of deceiving ourselves! As long as there is bad leadership in Nigeria, the ‘Yahoo boy’ would continue to thrive. As long as someone sits in the corner of his office and embezzles billions of Naira and most recently dollars, the ritual killers, thieves, armed robbers and other terrible elements will continue to thrive in the society. After all, is that not their own means of livelihood too?
As this article comes to an end, the question we need to ask ourselves is ‘WHICH WAY NIGERIA? Do we continue in bad leadership and expect internet fraud to cease? Do we continue in corruption and expect armed robbery to stop? This our food for thought, Nigeria! This is our cross!

Bread is one of the most common foods in Nigeria and it can be made into several tasty meals.

In every home, leftover bread is almost inevitable and they are often thrown away.

Who says you can’t make something out of leftover bread? Your days of thrashing leftover bread is finally over. It’s time to get creative with what’s left of that loaf of bread sitting in your refrigerator.

1. Beat your egg, vanilla extract and cinnamon in a shallow dish then stir in your milk.

2. Dip your slices of bread in the mixture making sure to coat it well on both sides.

3. Set a pan coated with a little butter or oil on the stove to heat and place your coated bread in it. Heat until it is brown on both sides. 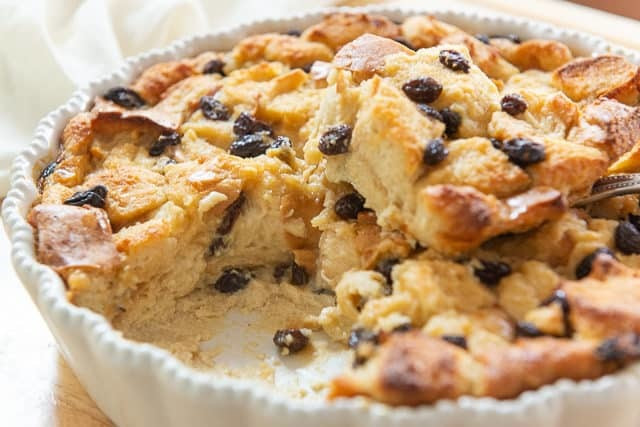 Want to make another easy treat with your stale and leftover breads? Try bread pudding. It’s a popular bread-based dessert that would give you a satisfying feeling. To make this meal, you need 4 eggs, 2 cups of milk, 1 small cup of sugar,1 teaspoon ground cinnamon, 1 teaspoon vanilla extract, 1/2 cup of raisins and 2 tablespoon of butter.

2. Break bread into small pieces into an 8 inch square baking pan. Drizzle melted butter or margarine over bread. If desired, sprinkle with raisins.

4. Pour over bread, and lightly push down with a fork until bread is covered and soaking up the egg mixture.

5. Bake in the preheated oven for 45 minutes, or until the top springs back when lightly tapped.

6. Your bread pudding is now ready to be served.

Like your regular fruit and vegetable salad, bread is no exception. Surprised? You can convert your leftover/stale bread to bread salad. All you need to make this healthy meal is all kinds of vegetable you like or prefer.

1. Cut up your regular salad ingredient and pour into a bowl.

2. Tear up your leftover bread and toss it in

4. Stir together and serve.

I have to convey my admiration for your kind-heartedness supporting persons that need assistance with in this area. Your very own commitment to getting the solution all over became definitely practical and have without exception enabled somebody like me to realize their desired goals. Your amazing warm and friendly facts implies this much a person like me and further more to my office workers. With thanks; from everyone of us.

I needed to put you one little observation to help say thanks once again with your exceptional tricks you’ve shared here. It has been really tremendously open-handed of you to deliver extensively just what most of us could possibly have supplied as an e book to get some dough on their own, principally considering that you might well have tried it in the event you wanted. Those pointers also served like a good way to be aware that someone else have the same zeal like mine to figure out much more concerning this condition. I’m certain there are some more fun situations up front for individuals that see your blog.