0
0
Share
Angelina Jolie and Brad Pitt are still locked in negotiating the settlement of their multi-million dollar divorce. So, they have asked the court for more time to get all their financials worked out.

According to new legal documents, obtained by The Blast, Pitt and Jolie have not been able to agree on exactly how to split up their vast fortune.

Angelina Jolie agreed on extending the time and a stipulation order was put in place to “Extend Appointment of Privately Compensated Temporary Judge.”

We’re told one of the sticking points in their discussions has to do with the former couple’s winery in France.

The winery, Miraval was purchased by the couple in 2011 for a reported $60 Million. Our sources say the plan was to pass down the 500-acre Château down to their children to own and operate.

Brad and Angelina are both hugely successful and earn millions each year. The ‘Maleficent: Mistress of Evil’ star just walked the red carpet for the launch of her new Disney movie. But, we’re told, the two A-list stars co-mingled a lot of their wealth while together.

It has been several years since Angelina Jolie filed for divorce from the ‘Ad Astra’ actor. Obviously, most divorces don’t take this long, but there is a TON of money in play and it is very complicated.

The couple has agreed to a custody arrangement for their 6 children. Their oldest, Maddox, has just started college so it is really only about custody of the other five Pax, Zahara, Shiloh, and twins Vivienne and Knox.

We’re told the talks are going smoothly, and private negotiations will continue, working towards a settlement.

This is good news, considering the divorce started off very nasty. The “Inglorious Basterds” star believed his ex was on a campaign to destroy his public image after she initiated a child abuse investigation against Pitt for allegedly striking Maddox during an argument.Pitt and Jolie got married in 2014, and she filed for divorce in 2016.

Angelina Jolie has said that her “willingness to fight” to protect her three daughters inspired her on-screen maternal relationship with co-star Elle Fanning in Maleficent: Mistress Of Evil.

The Hollywood actress, 44, plays the fearsome fairy queen Maleficent in the forthcoming sequel, which sees her competing for the love of 21-year-old Princess Aurora, otherwise known as Sleeping Beauty (Fanning).

Speaking at the film’s star-studded European premiere in London, Jolie said she had looked to her real-life role as a mother for inspiration for the part.

She said: “It’s always that just being a mother you want your child to be safe and so protection is probably where I am the most.

“Elle, or Aurora, is a very different girl from any of my girls. But my willingness to fight for whatever they need to feel protected. That, for me, as a mum.”

Jolie made an entrance in a silver and gold structured floor-length gown, which featured a glittering train that followed her along the carpet.

She has been joined by her children on the press tour in support of Mistress of Evil, which earlier this week took the star-studded cast to Rome.

And on Wednesday night Zahara, 14, and Shiloh, 13, and 11-year-old twins Knox and Vivienne accompanied her down the carpet.

Jolie also revealed that she took Fanning, 21, and other members of the cast paintballing with her children during filming.

“We didn’t tell production…. they get mad at me,” she said.

Asked whether she always made time for similar bonding exercises, she replied: “It depends but yeah, I like to when I can. It depends on the co-star.

“I can’t remember if I shot her. I probably did. I wouldn’t have stopped if she was in my sights.”

Venita has a message for Omashola over his BBNaija finale comments about their relationship while in the house. 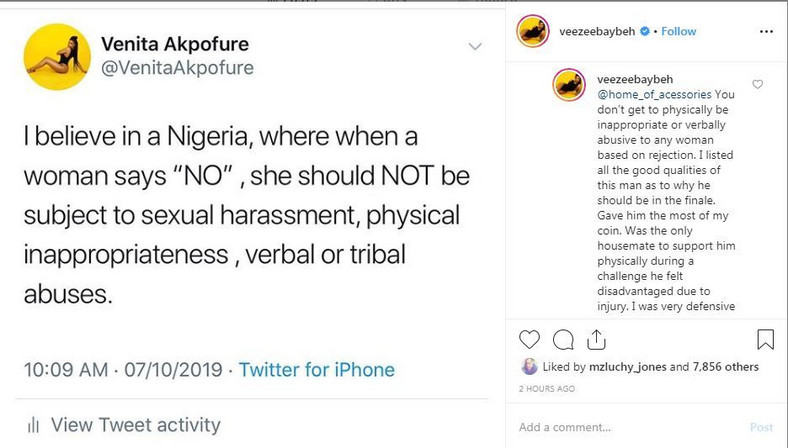 It didn’t take long before Venita responded to her fan’s statement and she came out clean about what she felt for Omashola. [Instagram/VenitaAkpofure]
“@home_of_acessories You don’t get to physically be inappropriate or verbally abusive to any woman based on rejection. I listed all the good qualities of this man as to why he should be in the finale. Gave him the most of my coin. Was the only housemate to support him physically during a challenge he felt disadvantaged due to injury. I was very defensive during workout with one of our trainers. Yes, we may have not always seen eye to eye. But you don’t get to slander me for over 2 months straight. What is the BASIS of the bitterness?!,” she responded. 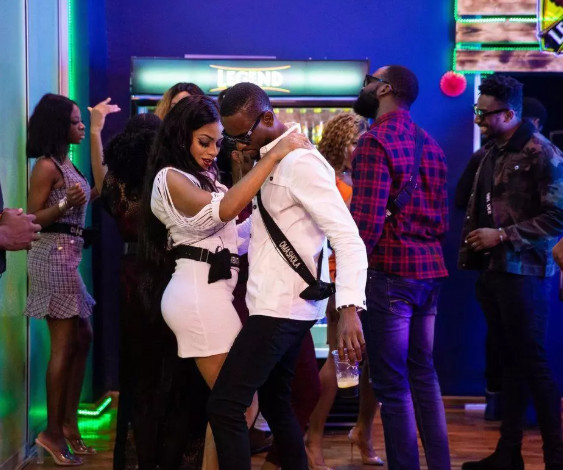 It would be recalled that during the reality TV show which lasted for 99 days, Omashola and Venita had a very cordial relationship which however had some of its ups and downs. [Africa Magic/BBNaija]

It would be recalled that during the reality TV show which lasted for 99 days, Omashola and Venita had a very cordial relationship which however had some of its ups and downs. The show, however, ended on Sunday, October 6, 2019, with Mercy emerging winner. 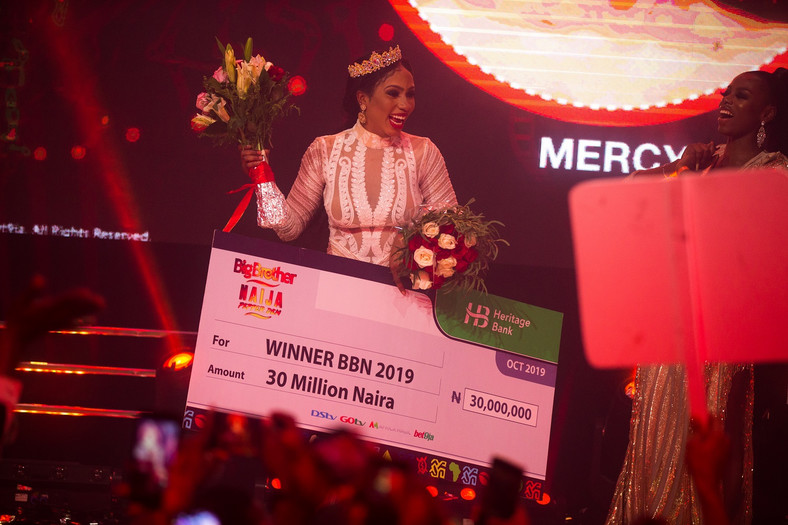 Mercy has emerged the winner of the BBNaija 2019 tagged Pepper Dem after spending 99 days in the house. [Multichoice]

Mercy becomes the first female ever to win the BBNaija reality TV show since it began over a decade ago. Mercy, who is the last female housemate standing after spending a total of 99 days – 14 weeks – in the house, has won herself the grand prize of N60 million.

On Sunday, October 6, 2019, Ebuka Obi-Uchendu announced the eviction of Seyi, Omashola, and Frodd from the Big Brother House. The last five housemates were Mercy, Frodd, Mike, Omashola, and Seyi. 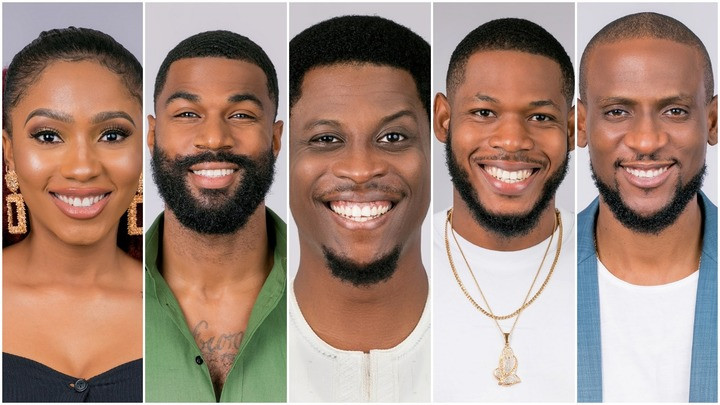 The last five housemates were Mercy, Frodd, Mike, Omashola, and Seyi.
Seyi was evicted as the 21st housemate leaving the house while Omashola emerged the 22nd housemate to be evicted from the house.
Post Views: 15