Grudges among musicians not healthy for music industry — PMAN President

Performing Musicians Association of Nigeria (PMAN) is an umbrella organisation that guide, protect and promote the interests of musicians in Nigeria.

Dr Obi Okwudili Casmir, popularly known as Voombalistic Uncle P, who spoke with the News Agency of Nigeria (NAN) in Lagos, advised musicians to shun grudges to avoid resentment in their relationships.

“Grudges amongst musicians is not healthy for our industry and will only create further resentment in their relationships as musicians and may affect what we represent or present to the public.

“Being emotionally immature when composing or writing your songs means you can not control your emotions or reactions towards your colleagues.

“Having quarrel is a fact of life amongst best of friends but you don’t take it too hard on yourselves because it might graduate to what happened in the case of 2pac and Biggie.

“I advise we settle our differences internally if we have any, rather than taking them to the studio and then streets/homes. That doesn’t project us in good light,” he said.

NAN reports that Nigerian rappers Jude Abaga popularly known as M.I and Olanrewaju Ogunmefun (Vector) are currently expressing grudges against each other in songs which had been trending on social media platforms.

The grudge, which reportedly began over supremacy in the rap category of the music industry, has being described as publicity stunts, while some saw it as real disagreement between the two rappers which had been brewing over the years.

The cinema in Huntington Beach in California cancelled two Thursday night showings after police were called.

A US cinema has cancelled screenings of the new Joker movie following a “credible” threat, according to police.The film, starring Joaquin Phoenix as Batman’s sadistic nemesis, has proved controversial for its portrayal of violence and there have been heightened security fears surrounding its release.

The cinema reopened on Friday, police said, but declined to provide details of the threat.

Police in cities across the US, including New York and Las Vegas, have stepped up patrols at cinemas showing the movie.

Halima Abubakar is a proud owner of a brand new Escalade SUV and she is bragging about it.

The movie star took to her Instagram page on Tuesday, October 29, 2019, where she shared a video of her new ride. She went on to brag about the SUV in the caption and guys…she deserves to brag about her car.

Shout out to Halima Abubakar on acquiring a new ride. Still talking about celebrities who have been changing or adding new cars to their garage, Toyin Abraham recently got for herself a Mercedes Benz car.

The news of the new car acquisition  was shared on Instagram on Wednesday, October 23, 2019, by the movie star’s husband, Kola. In a video shared on his page, a visibly excited Toyin is seen test driving the new sleek car. 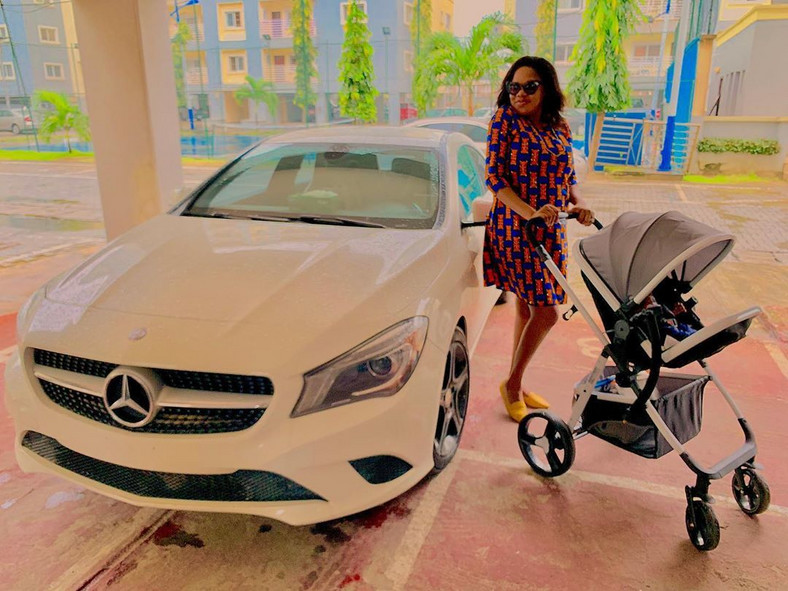 The news of the new car acquisition was shared on Instagram on Wednesday, October 23, 2019, by the movie star’s husband, Kola. [Instagram/ToyinAbraham]

A few months ago she welcomed her first child with fiance, Kola Ajeyemi.