Nicki Minaj‘s husband, Kenneth Petty got her a wedding ring worth $1.1 M.

Nicki Minaj recently got married to her husband Kenneth Petty in a private ceremony and the news now is that her wedding ring cost a whopping $1.1 M.

According to TMZ, Nicki’s husband made sure he got one of the best rings for his bride on their special day. The jeweler who made the ring said Kenneth handled the design, delivery and paid for it on his own.

The guys behind the beautiful ring everyone is talking about, Rafaello and Co revealed to TMZ that Kenneth commissioned them to make their wedding rings, working together on a design for several months.

Nicki Minaj’s custom bling features a 17-carat center with VVS2-clarity diamonds. According to them, there was no space for inscription on Nicki’s ring but Kenneth had the chance to do that on his ring, ‘Ken & Barbie.’ 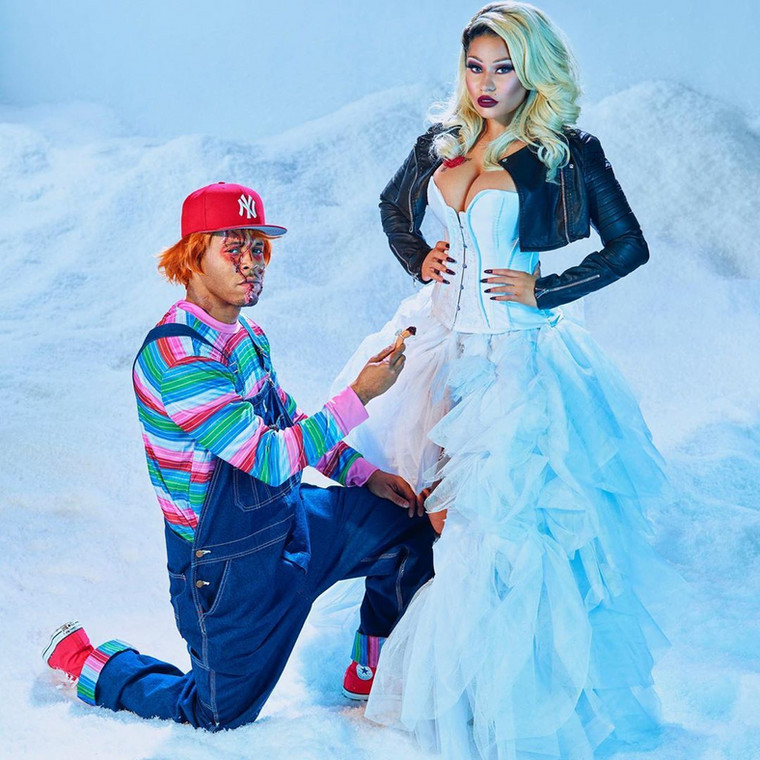 It would be recalled that a few days ago, Nicki Minaj announced that she was married after sharing a cryptic video on her Instagram page. [Instagram/NickiMinaj]

It would be recalled that a few days ago, Nicki Minaj announced that she was married after sharing a cryptic video on her Instagram page. 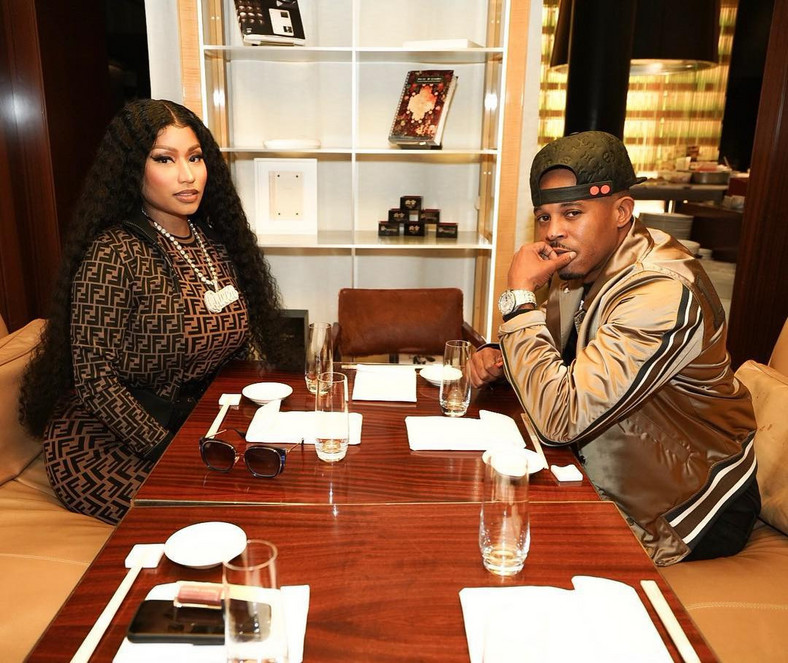 The music star revealed this via her Instagram page on Tuesday, October 22, 2019, where she shared a video that indicated that she has said ‘I do’ to Kenneth Petty.

The music star revealed this via her Instagram page on Tuesday, October 22, 2019, where she shared a video that indicated that she has said ‘I do’ to Kenneth Petty. She went to caption the video with her new name. 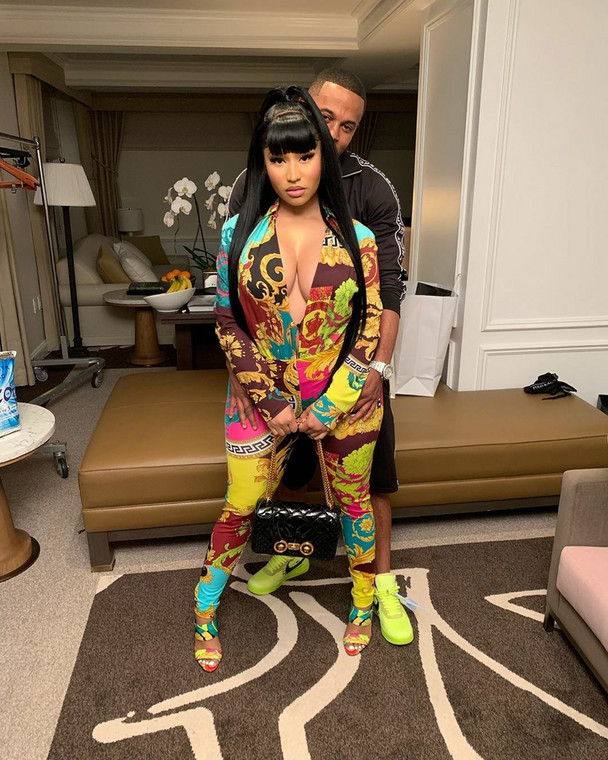 TMZ reports that Nicki and Kenneth Petty took a trip together to the Bev Hills Courthouse on Monday, July 29, 2019, where they both got the marriage license [Instagram/NickiMinaj]

Apparently, Nicki Minaj got married to Kenneth Petty on Monday, October 21, 2019, in what might have been a private ceremony because the media were kept in the dark.

The singer rewarded Zlatan Ibile, who is also in the United States of America with a customised neck chain and 30BG pendant. Zlatan got his gift from Davido after he attended the 40th birthday of the singer’s big brother and also met his dad, Dr. Deji Adeleke

Not done, Davido purchased an expensive Rolex wristwatch as a gift to his older brother, Ayoola Adeleke, who turned 40.

In the same vein, Davido displayed a customised neck chain pendant with the inscription ‘Skibii’ which he bought for the singer. 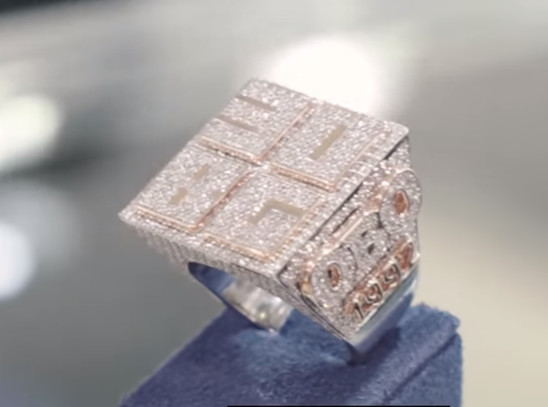 The 30BG crew were not left out as seven of the members, Davido’s 30BG, Asa Asika, Special Spesh, DJ Ecool, Tungee, Lati, and Tycoon got the special 30BG championship ring.

The expensive jewelry was purchased from Zaheer of Icebox diamond and watches in Atlanta, United States of America.

In August 2019, Davido purchased a new diamond finger ring known as the 30BG championship ring worth over N54million.

Davido’s 30BG championship ring has 696 diamonds on it.

Zaheer of Icebox diamond and watches in Atlanta, United States of America revealed that Davido’s customised ring is the ‘biggest championship ring he’s ever made with so many carats.’

The 65-year-old actor, who is best known for starring in the 90s comedy classic The Parent Trap and sci-fi thriller The Day After Tomorrow, told US media how he popped the question in Hawaii.

Speaking to entertainment outlet Extra, he said: “It happened on the very northernmost point of Oahu, at Turtle Bay.

“It was kind of spontaneous. It was very much of a surprise.”

Quaid went on to reveal he had been planning to propose to his beau – who he has been dating since June – for more than a month.

“I had the ring in my pocket,” he said. “It has been kind of a month-and-a-half plan… I wanted it to be private.”

He added: “She was actually taking a selfie of us and I put the ring in front and said, ‘Will you marry me?’ – and then she fell down.”

The upcoming wedding to the Texas university student will be the fourth for the actor, who was previously married to actresses PJ Soles and Meg Ryan, and estate agent Kimberly Buffington.

He also has three children, including actor Jack Quaid. 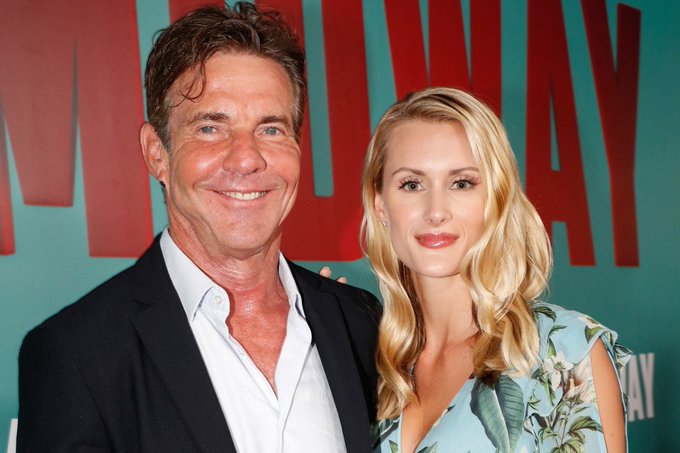 In response to the happy couple’s announcement, Quaid’s co-star in The Parent Trap, Elaine Hendrix, made a throwback to the movie in what appeared to also be a comparison to their characters.

Quaid played Nick Parker, a divorced dad who gets engaged to a much younger woman (Hendrix) in a relationship that his twin daughters, played by a young Lindsay Lohan, try to sabotage.

In her tweet referencing news of the engagement, Hendrix wrote: “Watch out for those twins.”