Pete Edochie reacts to claim that he’s a bad actor

Veteran Nigerian actor, Pete Edochie was a social media topic over the week following a claim on social media that he is a bad actor.

While expressing her opinion recently about Edochie, a Twitter user wrote, “Pete Edochie is a really bad actor . He’s been playing the same role his entire life.

“Acting isn’t quoting proverbs. But Nigerians live and die by seniority, so the older he gets, the less anybody is able to point this glaring elephant in the room out.”

The statement triggered reactions on the platform as many argued that the comment about the actor was borne out of ignorance.

Some Nigerians went as far as digging up Edochie’s clips in which he played different roles in Nollywood movies to rubbish the claim. 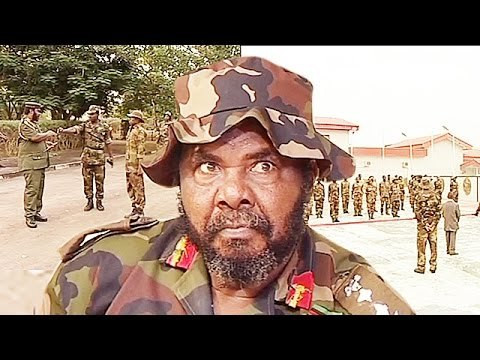 Contrary to Sugabelly’s opinion, Pete Edochie plays a role of a military officer in this Nollywood movie. (DoroTV)

Reacting to the controversial statement in a chat with Punch, Edochie said he’s indifferent to opinions expressed about him because they don’t make sense to him.

‘I’ll be honest with you: I’m indifferent to opinions expressed about me, because they don’t make sense to me. If Pete Edochie is a fantastic actor, thank you very much,” the actor said.

“It doesn’t mean anything to me; it has absolutely nothing to do with me. If you start responding to things that don’t make sense, there is that danger of reducing yourself to the level of that person.

“I’m mentally occupied 24 hours on a daily basis. I trained formally as a broadcaster and by the grace of God, I happen to be an articulate individual. I don’t have to advertise that, every other person knows that.

The actor further said having married for 50 years with 13 grand-children, what matters to him now is living a healthy life.

He said, “I don’t even see most of these things and I don’t give a damn about it and don’t care. You have a right to express any opinion about me but it doesn’t mean anything to me.

“I have 13 grandchildren and I have been successfully married for 50 years. I’m living in my own house and comfortable.

“I don’t have time for all these things. What matters is that Pete Edochie is alive, kicking and enjoying himself.

“On April 7, I’ll be 73. There are few people of my age who are active. If I start responding to individuals, it means that I don’t appreciate God who created me.”

Pete Edochie is a multiple award-wining actor, and he’s considered one of Africa’s most talented actors.

Singer Celine Dion risked both a wardrobe malfunction and a nasty fall in the name of fashion while in Paris on Monday.

The 51-year-old “Ashes” songstress is currently on the European leg of a tour, with shows in London, Berlin, Manchester and more. She stepped out in Paris over the weekend in a head-turning gown from designer Iris van Herpen that left little to the imagination.

The star almost took a tumble while rushing to her car to avoid a crowd on July 1, 2019 in Paris.  (Marc Piasecki/GC Images)

Fortunately for the “My Heart Will Go On” singer, she had someone there to give her a hand and walk her safely to the vehicle.

The star has been talking a lot in the past few days about her fashion both on and off the stage.

On Thursday, Dion appeared on “This Morning” talk show and spoke about how she keeps her makeup perfect on stage.

The 51-year-old “Ashes” songstress is currently on the European leg of a tour. (Marc Piasecki/GC Images)

“I sweat on stage, I think that is very important to keep brushes clean. Sometimes I wish I could sweat so much so people can see how hard I work!” she explained.

“On stage, I don’t use water base makeup, I use oil based makeup. Because sometimes things may get emotional and I might cry. Water based, if I cry, it’s gonna streak but oil based it stays in place, so I can wipe it off.”

The announcement was made by his ‘brother,’ Ice Prince Zamani via his Twitter account on Sunday, October 13, 2019. He wrote, “LEGACY – An Album By @JesseJagz Wowww.“

He then added that the album intro is so good. On reaching out Jesse Jagz and his reps, Pulse gathered that the album will be released in the early months of 2020. However, the date of release is yet unknown.

Jesse Jagz who had a show in Lagos over the weekend last released an album, Odysseus  in 2017. The multi-talented rapper who now resides and creates from Jos, Nigeria also got a visit from fellow rapper, Hotyce a few days ago.