Aston Villa manager Dean Smith said his side paid for a lack of desire in their West Midlands derby defeat at Wolves.

Villa, who remain 17th in the Premier League – three points above the bottom three – were second best for long periods against the hosts, with Trezeguet’s late consolation goal adding a flattering complexion to the scoreline.

And while Villa were without several regular starters, Smith said the media would not be able to “print” what he told his players after a disappointing first half.

“The game seemed bigger to them than it was to us,” Smith said.

“We were poor and they [the players] got a reminder at half-time that they must win their duels and compete. You can’t give any team a 45 minute head start and all I took from the first half was we were only 1-0 down.

“In the second half we got a better performance but it didn’t take much to achieve that.”

Wolves, who climbed from 15th up to eighth, to move into the top half of the Premier League for the first time since the opening weekend, were always in control.

Inside a raucous Molineux, Nuno Espirito Santo’s side repeatedly carved the visitors open, but had to wait until the stroke of half-time to open the scoring.

Adama Traore went close to adding a second for the hosts after the break, while Brazilian forward Wesley curled Villa’s best chance over.

This was another performance that suggested Wolves are now up and running after their slow start to the season.

Already on the brink of reaching the Europa League knockout stages, Nuno’s side are now unbeaten in seven Premier League matches and were worthy winners against out-of-sorts opponents.

It was one-way traffic in the first half as Jota, Jimenez and Matt Doherty all failed to convert chances that could have put the hosts out of sight by the interval.

With the game being played almost exclusively in the Villa half the visitors did not manage an effort on goal until the half-hour mark.

“We played very well, we dominated the game, especially in the first half. I’m happy with the performance and atmosphere,” said Nuno.

“We’re happy because we made the second goal and could have made more.”

Another feature throughout was the sight of Adama Traore, who has been called up to the Spain squad, terrorising the Villa defence.

The 23-year-old, who scored in his one and only start during his time at Villa Park, repeatedly skipped past Matt Targett and his replacement Neil Taylor.

Traore’s searing pace also created Jimenez’s decisive second goal, with the winger eluding Douglas Luiz, before picking out the Mexican on the left-side of the penalty area.

It capped a fine individual display from Traore, who is now beginning to fulfil the potential he exhibited in Barcelona’s ‘La Masia’ youth system.

Aston Villa made the 20-mile trip to Molineux looking to do a double over Wolves having knocked their local rivals out of the Carabao Cup 11 days ago.

However, they delivered a disjointed and disappointing performance and struggled to gain any sort of foothold in the game until the final quarter.

The absence of the injured Heaton and defender Björn Engels were keenly felt at the back, while without Grealish, their was a distinct lack of spark to their attacking.

John McGinn struggled to impose himself in midfield, while Marvelous Nakamba was a peripheral figure and was later replaced by Henri Lansbury.

They were also not helped by an early injury to replacement goalkeeper, Jed Steer, which saw Norwegian Orjan Nyland, make his first appearance for almost 12 months.

Liverpool have condemned a “racist” banner depicting Divock Origi that was displayed by fans before Wednesday’s Champions League win in Genk.

The club said it “acted swiftly to have the banner removed” and said the image “perpetuated a racist stereotype”.

“This is completely unacceptable,” a club statement said.

“Liverpool Football Club condemns the offensive banner displayed in our section of the ground, prior to kick-off.

“We acted swiftly to have the banner removed and we are now working with the local authorities and stadium team in Genk to identify those responsible.

“Any subsequent action will be taken in keeping with our sanctions process.”

Origi, 24, spent nine years at Genk in the club’s youth set-up before joining Lille in 2010.

He came on off the bench in the fixture at the Luminus Arena, where Jurgen Klopp’s side won 4-1 to secure a second victory of the Champions League group stage. 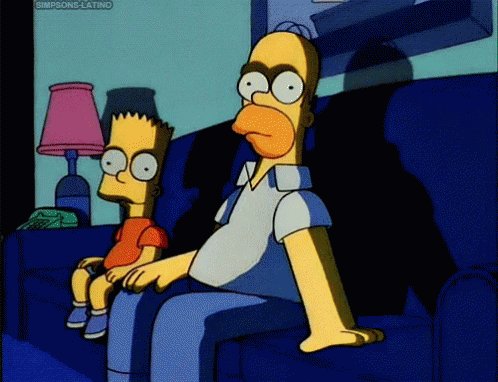 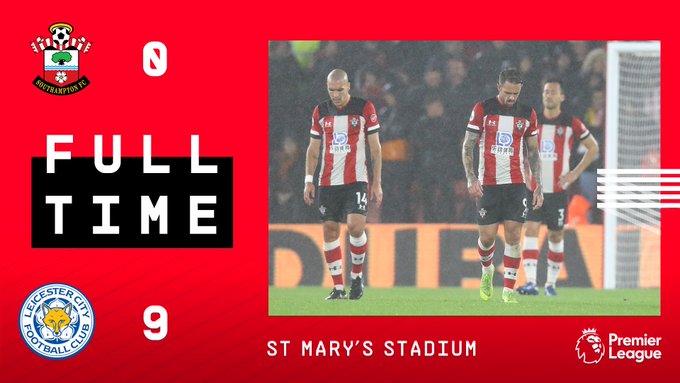 Hasenhuttl, 52, led Southampton to safety last season after taking over with the club 18th in the Premier League, but they are now winless in five matches.

The Saints have won only twice in the league in 10 games this season, with six defeats and two draws, and now sit third from bottom.

Hasenhuttl continued: “It was horrible to watch and everyone who stayed to watch is really a fan of this football club. Leicester were in every part of the game better than us.

“I’m a proud man but the way we play today is not the way I want to see my team play. We must get our heads up and that is my job in the next few days.

“I said we must play to the last minute but I can understand why the fans that left. We all must to do everything to pull this back.”

When asked what was said to the players after the game, Hasenhuttl replied: “There is nothing I want to speak of here in front of the camera – we keep that for in the dressing room.”