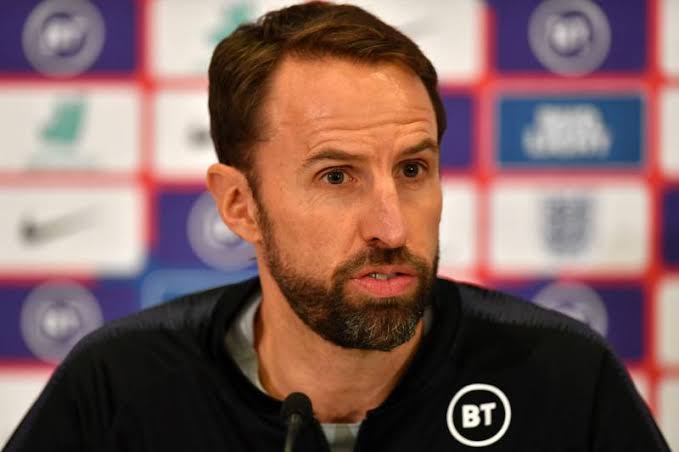 Sterling has come on a storm in the last year or so, while his development has continued with Manchester City and England. He has scored 10 goals in his past 10 internationals and he did captain England when he won his 50th cap against the Netherlands in June.

Time will move on and we will always refer to this, but he is such an important player for England, I would go as far to say he is the first name on the team sheet. So I would not rule him out of captaining his country in the future.

England manager Gareth Southgate has compared his squad to “a family” in the aftermath of Raheem Sterling’s confrontation with Joe Gomez, saying arguments are inevitable.

“I love all of my players. We are like a family. The important thing is for a family to communicate and work through problems,” said Southgate.

“I don’t expect as a manager to not have to deal with issues.”

Sterling admitted “emotions got the better of me” during the incident.

“Me and Joe Gomez are good, we both understand it was a five to 10 second thing…it’s done, we move forward,” he added in a statement on social media earlier on Tuesday.

The Manchester City forward, who was involved in a previous altercation with Liverpool’s Gomez in his side’s 3-1 Premier League defeat on Sunday, has been dropped for England’s Euro 2020 qualifier against Montenegro on Thursday.

Pictures from England’s training ground on Tuesday appeared to show Gomez with a scratch running from his right eye down his cheek, although Southgate refused to say if it was related to the altercation with Sterling.

Southgate did, however, confirm that Sterling was the aggressor in the incident at the team hotel.

“Raheem in his [social media] post last night explained for a very brief moment his emotions ran over. It would be correct to say that’s not the same for Joe,” he added.

At a team meeting on Monday night, Southgate, Sterling and Gomez all spoke as the manager decided on the appropriate action to take.

“In the end I have to find the right solution for the group,” added Southgate.

“That’s a difficult line, you try to be fair when dealing with all players. I won’t always get that right but I am the manager.

“Raheem is very important for us but I felt it was the right thing.”

England are already assured of at least a play-off spot to make Euro 2020 after five wins from their opening six matches in their qualification campaign. They need just a point to qualify for the finals automatically.

British number one Johanna Konta says she has “grown as a player” since losing to Karolina Pliskova in May, as she prepares to face the Czech third seed in the US Open last 16 on Sunday.

Pliskova’s 6-3 6-4 victory in Rome was her sixth win in seven matches against Konta and earned her a 14th WTA singles title, compared with the Briton’s three.

However, the 2016 US Open champion was taken to three sets by Tunisia’s Ons Jabeur in the last round before coming through 6-1 4-6 6-4.

“She [Konta] has had a great year, as she did in 2017, although she had a tough one last year,” Pliskova said in her BBC Sport column.

“She can be a little bit up and down but of course she is a dangerous player.

“Johanna has a lot of weapons – a good serve, good groundstrokes – and is playing with more variety here. So it will be very difficult.”

Federer, Djokovic and Williams in action

Also on Sunday, five-time champion Roger Federer and world number one Novak Djokovic are in action in the men’s draw, while Serena Williams continues to chase a record-equalling 24th Grand Slam title in the women’s singles.

Swiss third seed Federer, 38, faces Belgian David Goffin after seeing off Britain’s Dan Evans in the third round and insisting he does not “call the shots” when it comes to scheduling.

That match will take place first on Arthur Ashe and will be followed by Williams against Croatia’s Petra Martic.

American eighth seed Williams, a six-time champion in New York, said she had “a lot of intensity” in her win over Czech Karolina Muchova in the third round.

Top seed Djokovic takes on Stan Wawrinka in a repeat of the 2016 final, when the Swiss beat Djokovic to claim the most recent of his three Grand Slams.

Stefanos Tsitsipas reached the semi-finals of the ATP Finals, while Rafael Nadal produced a stunning comeback to boost his hopes of joining him.

Tsitsipas, 21, making his debut at the event, dominated defending champion Alexander Zverev in a 6-3 6-2 win.

The Spaniard must beat Tsitsipas on Friday to have a chance of advancing.

Nadal, who is also looking to keep hold of the world number one ranking, could have been eliminated on Wednesday had he lost and his fate is still not in his own hands as he also needs Medvedev to beat Zverev in their match on Friday.

Nadal, 33, admitted he got “super lucky” to beat the Russian.

The last meeting between Nadal and 23-year-old Medvedev was September’s US Open final, which the Spaniard won in five sets, and this match was almost as thrilling.

Both players looked beaten at times, Medvedev when he was distracted while he was losing the second set and Nadal when a double-break down in the decider.

Errors from Nadal and a resurgence by Medvedev at the start of the third set led to the Russian racing into a 4-0 lead.

He had two break points for 5-0, and match point two games later, but 19-time Grand Slam champion Nadal showed all of his trademark fighting spirit, roared on by the crowd at London’s O2 Arena.

As Nadal clawed his way back, Medvedev lost focus again, sarcastically giving a thumbs-up to his box as games slipped away.

After losing five successive games, the Russian settled himself to force a tie-break and was on serve at 4-5 in the breaker before he dragged a short forehand wide to give Nadal a mini-break and match point.

Another gruelling rally followed but a Medvedev shot that was originally called in was ruled out by Hawk-Eye to hand Nadal victory after two hours 49 minutes.

Medvedev can still qualify for the last four if he beats Zverev in two sets on Friday and Tsitsipas beats Nadal.

Tsitsipas is the youngest player at this year’s ATP Finals, competing just a year after he won the NextGen tournament – the season-ending event for players aged 21 or under – but he produced a clinical, mature display to see off Zverev.

The pair were evenly matched in the first set until the Australian Open semi-finalist pounced when Zverev’s level dropped at 4-3, breaking serve and then closing out the match with his third game in a row.

Tsitsipas’ level increased further in the second set, hitting a backhand winner to bring up break point in the first game and then clinching it at the net after another well constructed point.

He broke again for 5-1 lead soon after with more immaculate tennis and even admitted afterwards he was “surprised” by his performance.

“I did everything right and once again it was not just me out there but a whole bunch of excited people who came to support me,” he said, referencing the strong support he received at the O2 Arena.

Zverev, meanwhile, was unable to find the high level that helped him sweep aside Nadal 6-2 6-4 on Monday.

The German lost his way badly after being broken in the first set and displayed negative body language on court.