Zlatan Ibrahimovic says his two-season stint at LA Galaxy made him “feel alive again” as he confirms he will leave the Major League Soccer side. 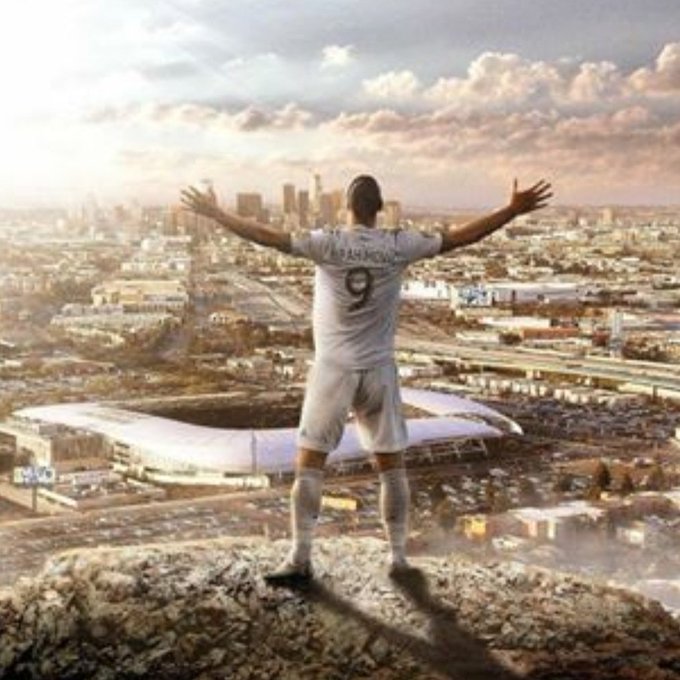 “Since his arrival in 2018, Zlatan has positively influenced the sport of soccer in Los Angeles. We are grateful for his work ethic and passion,” said LA Galaxy President Chris Klein.

“We thank Zlatan for his professionalism and immeasurable impact on the Los Angeles community and the soccer community in North America as a whole.”

Ibrahimovic was named in the MLS Best XI in both his seasons in the US. While his contract expires at the end of 2019, Galaxy reportedly offered him a two-year deal to extend his terms in California.

In addition to AC Milan, Italian side Bologna are also rumoured to be interested in taking on the forward.

Philadelphia Union captain Alejandro Bedoya called on US Congress to “end gun violence” by shouting into a pitch-side microphone after scoring in his side’s 5-1 win against DC United.

The United States winger scored the opener within three minutes as Philadelphia beat Wayne Rooney’s side.

Saturday’s shooting in a supermarket in El Paso, Texas, is believed to be the eighth deadliest in modern US history and the incident has renewed the debate about gun laws and the rights of gun owners in the US.

The Gun Violence Archive, which categorises mass shootings in the US as four or more people shot or killed, says there have been 251 so far this year.

President Donald Trump has said “hate has no place” in the United States,adding that “perhaps more has to be done” to prevent shootings.

“To see that happen again, it’s absurd, I am not going to sit idly and watch this stuff and not say something,” said Bedoya in a post-match interview.

“Before I’m an athlete and a soccer player, I am a human being, first. I have got kids – I can’t be the only one feeling the same way.

“Something has got to be done, it has got to the point where we have become numb to it, that is a big problem.”

Bedoya grew up in Florida near Parkland, where 17 students were killed in 2018 in a mass shooting at Marjory Stoneman Douglas High School.

In his first game following the shooting, he wore a ‘MSD Strong’ shirt under his match kit to show support for affected families.

Mauricio Pochettino says he will “give 200%” to deliver the results Tottenham fans expect after his side thrashed Red Star Belgrade 5-0 for a first Champions League win of the season.

Spurs have won just four of 13 fixtures in all competitions this season.

Pochettino said: “Of course now is a tough situation. We are a club and that commitment that we showed in the past, we are now showing.

“I need to work every day 200% to try to provide the result they expect.”

The home supporters repeatedly chanted their manager’s name during Tuesday’s emphatic win despite a dismal start to the season which has seen his position come under increasing scrutiny.

“I say thank you, I want to be grateful with them,” Pochettino said of Tottenham’s fans. “I think the same love is in both ways. I feel that they love me and I think they need to feel that I love them too.

“But I think always the most important is the team, the players are the principal actors and always I am here to help the club and help them to be happy, like it was the previous season.”

Harry Kane and Son Heung-min both scored twice and Erik Lamela grabbed the other goal as the north London side recorded their first victory in Group B, having picked up only a point from their opening two games.

Last season’s Champions League finalists have also struggled in the Premier League having won three, drawn three and lost three of their first nine fixtures, sparking rumours of unrest at the club.

Last month the Argentine suggested the squad needed to build “togetherness”,  after their Carabao Cup defeat by League Two Colchester, because there had been “different agendas” among the group.

“But things happen in football you can’t explain. It is so difficult and complex to explain. My theory is we started late in our preparation.

“We used pre-season not just to settle our principles of play and build fitness, but also to build a dynamic of the group. I believe that was affected because we started so late [because of playing in the Champions League final].”

Spurs’ squad will be rewarded with a day off on Wednesday before they begin preparing for a rematch with Jurgen Klopp’s Premier League leading Liverpool on Sunday.

He added: “We need to go step-by-step, being solid again.

“The most important thing is to be together and be calm and know that this type of thing can happen in any team.

“It was an important result. One, for our confidence and two, for another three points in the table.”

Analysis – ‘These players played with pride’

Harry Kane was outstanding and it was great to see Dele Alli back to his best with his performance. Son was electric for the first 30 minutes and at the back everybody stayed cool and calm and focused.

The Tottenham players are hurting, and I think emotion plays a massive part in performance. They know they’ve underachieved, they know that the crowd expect a lot. But if you can’t get up for a Champions League game then I don’t know what you’re playing for.

These players played with pride and everything about their performance was quality, from back to front.