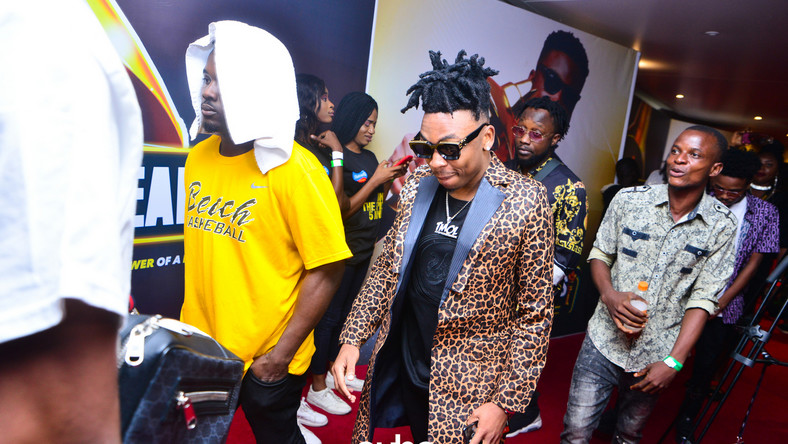 This comes after previous great ‘Mayorkun Live in Concert’ shows in Birmingham and Manchester.

In the late hours of November 17, 2019, Mayorkun took his ‘Mayorkun Live in Concert’ party to London.

The event held at Indigo at the O2 Arena in London. Davido also performed at the show. The event had previously been to Birmingham and Manchester in England.

During the event, Davido performed a string of his hits. Other performers include Kuami Eugene, and KiDi,

You can watch videos of the event below;

Actor Akah Nnani who is a member of COZA, has asked the founder, Biodun Fatoyinbo to step down as senior pastor of the church following the rape allegation leveled against him by Busola Dakolo, wife of singer, Timi Dakolo. Posting the screenshot on the right on his page, Akah wrote

”This issue has been addressed by the senior pastor. Pastor has said he never raped anyone in his life. Good! Praise God. Now what next?

Dear @biodunfatoyinbo The next thing to do sir, is to step down from the position of senior pastor. But I know you know this sir and the church is in fact already making arrangements for this because anything contrary to this would be unconscionable, corrupt and anarchical.

In proper states, governments, working systems, businesses and organisations even in the circular domain, the leader in question will step down first. INNOCENT OR NOT.

The only thing I want to hear on Sunday is pastor announcing to the church that he is stepping down and not a single word more to sway the emotions of the congregation or encourage them to defend on social media or even any sermon from him. Someone else can take the word. TILL THIS WHOLE THING CLEARS AND WE CAN SEE ROAD!! But hey, Like I said, I know they will do the right thing.

Now, ‘Should in case’ He doesn’t step down, or he preaches a sermon, or just maybe the church organisation does not know the right thing to do, then I am calling on all well meaning human beings, all well meaning Christians, truly called Pastors, to raise their voice on all social media platforms with this hashtag, #PastorStepDown and demand for the right procedure to be followed till the whole matter is resolved. On all social media platforms.

I humbly implore ALL @cozaglobalmembers to watch the entire 4 parts of @busoladakolo account with a pure and human heart. Watch with the intention to listen. See the woman speaking. SEE HER.

May we all operate in wisdom and love. Madness is not Nigeria’s surname. May Nigerians be free from slavery. The truth will stand up.

Angelina Jolie has said that her “willingness to fight” to protect her three daughters inspired her on-screen maternal relationship with co-star Elle Fanning in Maleficent: Mistress Of Evil.

The Hollywood actress, 44, plays the fearsome fairy queen Maleficent in the forthcoming sequel, which sees her competing for the love of 21-year-old Princess Aurora, otherwise known as Sleeping Beauty (Fanning).

Speaking at the film’s star-studded European premiere in London, Jolie said she had looked to her real-life role as a mother for inspiration for the part.

She said: “It’s always that just being a mother you want your child to be safe and so protection is probably where I am the most.

“Elle, or Aurora, is a very different girl from any of my girls. But my willingness to fight for whatever they need to feel protected. That, for me, as a mum.”

Jolie made an entrance in a silver and gold structured floor-length gown, which featured a glittering train that followed her along the carpet.

She has been joined by her children on the press tour in support of Mistress of Evil, which earlier this week took the star-studded cast to Rome.

And on Wednesday night Zahara, 14, and Shiloh, 13, and 11-year-old twins Knox and Vivienne accompanied her down the carpet.

Jolie also revealed that she took Fanning, 21, and other members of the cast paintballing with her children during filming.

“We didn’t tell production…. they get mad at me,” she said.

Asked whether she always made time for similar bonding exercises, she replied: “It depends but yeah, I like to when I can. It depends on the co-star.

“I can’t remember if I shot her. I probably did. I wouldn’t have stopped if she was in my sights.”

The star, who split from ex-husband Brad Pitt in 2016, is mother to six children in total, three of whom were adopted internationally, including three daughters.