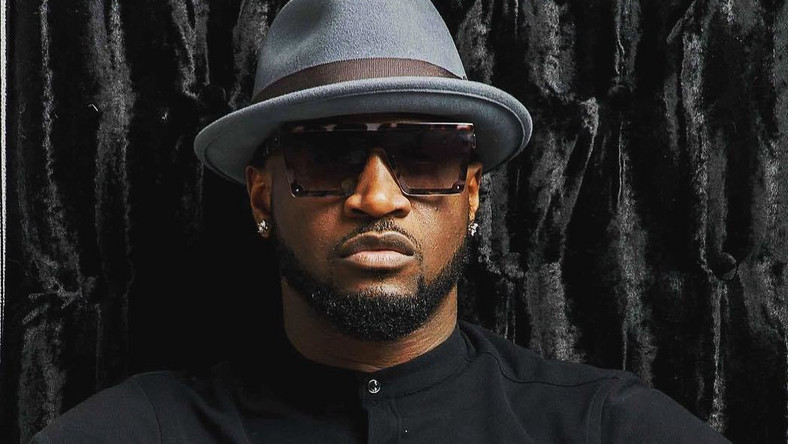 Details/Takeaway: It’s all a dream, but the story is told. In the video, Mr. P documents how toxic masculinity infuses domestic abuse. Sometimes, that toxicity can also be pretentious. Nonetheless, Mr. P wants people to get responsible. While Mr. P and Godfather have good vision, their idea of the root of domestic violence is flawed.

You cannot blame people for abusing your wife or sister. You cannot apologize for violence. One hallmark of abusers is that they know how to beg for forgiveness. If a man is toxic, he should change for himself and not for others.

You can watch the video below;

P!nk and Chris Stapleton perform onstage during the 53rd annual CMA Awards at the Bridgestone Arena on November 13, 2019 in Nashville, Tennessee. (Photo by Terry Wyatt/Getty Images,)

Other performances included: Miranda Lambert singing her hit “It All Comes Out in the Wash,” Pink teaming up with Chris Stapleton for their duet “Love Me Anyway,” Old Dominion crooning to “One Man Band” and Underwood jamming out to her newest single, “Drinking Alone.” Meanwhile, Shelton performed his winning song “God’s Country.”

Miranda Lambert performing ‘It All Comes Out in the Wash” at the 2019 CMAs. (Image Group LA/ABC via Getty Images)

Later in the show, Parton introduced Halsey and Lady Antebellum’s performance of “What If I Never Get Over You,” but not before the country legend noted that her husband of 53 years, Carl, thinks “she’s a hot chick” and adding that she feels like she’s a mother hen to all of the aspiring country stars.

Parton took the stage later in the evening to perform an outstanding medley of her hits including her newest song, “Faith,” and Keith Urban sang his tune “We Were.”

“I remember sitting on my parents’ porch as a little kid and watching Vince Gill win this same award,” Combs, 29, said. “Country music means everything to me.”

Maren Morris took home Album of the Year for “GIRL.” The 29-year-old’s win marked a big night for female country acts. The award also went to her producer busbee, who died in September at age 43.

Maren Morris accepts the award for album of the year for “Girl” at the 53rd annual CMA Awards at Bridgestone Arena, Wednesday, Nov. 13, 2019, in Nashville, Tenn. (AP Photo/Mark J. Terrill)

Others who competed for album of the year included Eric Church’s “Desperate Man,” Thomas Rhett’s “Center Point Road” and Dan + Shay’s self-titled third album, which featured the hits “Speechless,” “All to Myself” and “Tequila,” which won the duo its first Grammy earlier this year.

Garth Brooks accepts an award onstage during the 53rd annual CMA Awards at the Bridgestone Arena on November 13, 2019 in Nashville, Tennessee. (Photo by Terry Wyatt/Getty Images,)

Actress Reese Witherspoon presented the final award of the evening: Entertainer of the Year. The top honor went to Garth Brooks. Brooks won the top prize over Underwood, who many had hoped would be the first female to win the accolade since 2011.

The country icon gave his wife, Trisha Yearwood, a big kiss before walking on-stage to accept his award. During his acceptance speech, he highlighted female acts.

“If they gave this award for this show tonight, I’d have to give it to Reba McEntire’s performance,” Brooks said, also praising Kelsea Ballerini and Luke Combs, who won two honors.

Brooks, 57, concluded by dedicating the award to his crew and fans: “God love you. I love you, Trisha Yearwood!”

She showed up on the blue carpet at the 2019 BET AWARDS in this stunning little black dress by Cong Tri with the deep v and the puffy sleeves. Heels by Christian Louboutin

I’m just commenting to let you know what a superb encounter my cousin’s daughter had browsing your webblog. She realized a good number of details, which included how it is like to have an awesome helping spirit to have most people very easily have an understanding of a variety of very confusing issues. You truly did more than her expected results. Thank you for presenting such valuable, healthy, informative as well as easy tips on your topic to Emily.