It’s no news that rapper and social media sensation, Cardi B will be making a trip to Africa this December for the first installment of the Livespot X Festival; a 2-day event which will be held in Nigeria on December 7 at the Eko Atlantic Energy City and in Ghana on the 8th at the Accra Sports Stadium.

The festival is poised to be one of the biggest music events of the decade as the organizers have just revealed a star-studded list of artistes that will equally be gracing the stage. The lineup includes, Grammy-nominated pop star, Burna Boy, Afro-soul singer, Darey, Tiwa Savage, Fire Boy, Teni, Wande Coal, Olamide, Joe Boy, Reekado Banks, Seyi Shay, R2Bees, Ice Prince and Niniola. 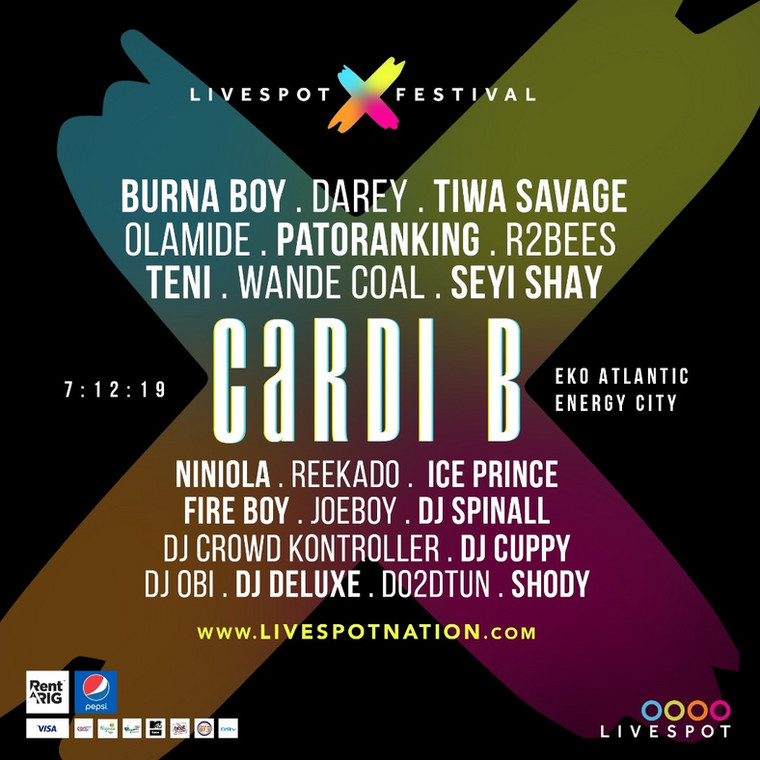 “We know how much love the fans have for Cardi B and this was one of the reasons we chose to give fans a special experience to see the queen of hip-hop live in Lagos. We also are aware of the massive appeal of some of our Nigerian music acts. This show will not be complete without these music stars, and this is why we are thrilled to announce these performing acts for the Livespot X festival.” cited Dare Art Alade, the Chief Creative Director of Livespot360.

Tickets to Livespot X Festival can be purchased online at Livespotnation.com.

The Musicians’ Union carried out a survey of 725 artists and found that 48% said they had been sexually harassed while working.

And 85% of victims fear speaking out due to a culture with “few consequences for the perpetrators”, the union said.

High-profile figures such as Lily Allen, Madonna and Cardi B have spoken out about sexual abuse and misconduct in the industry in recent years, with Allen claiming in her 2018 memoir My Thoughts Exactly that she was sexually assaulted by a record executive when she was drunk at a party.

Earlier this year, Brit Award nominee Chloe Howl told Sky News that sexual abuse is widespread at every level of the industry and there are “more systems in place to protect the abusers” than victims.

The Musicians’ Union claims that most affected young artists end up leaving the industry and is calling on the government to introduce tougher legislation to stop abuse.

Deputy general secretary Naomi Pohl said: “We are aware of far too many cases of talented musicians, particularly young or emerging artists, leaving the industry altogether due to sexism, sexual harassment or abuse.

“Many musicians who have gone public with their story are now being taken to court for defamation – evidence of the situation we’re dealing with.

“Survivors are often unable to speak out because the consequences for their career or personal life are devastating.

“In most cases we’re aware of, the survivor ends up leaving the workplace or the industry and there are very few consequences for the perpetrator.”

More than half of the musicians surveyed said they felt the culture of the industry was the greatest barrier to reporting any form of abuse, the union said. About 60% said that working on a freelance basis, without the same safeguards as those available to those in fixed employment, put them at greater risk.

In a statement, an anonymous musician who spoke to the union said: “I reported sexual harassment by a high-profile individual to a major employer in the industry.

“I was told this was just ‘lad culture’ by the person investigating my complaint. No wonder such a high proportion of issues go unreported.”

Top reasons given in the research for not speaking out were fear of losing work, believing the issue would not be handled properly, and fear of claims not being taken seriously.

The union is asking the public to sign a petition directed at Minister for Women and Equalities Liz Truss, calling for freelancers to be given “an equal level of protection to those in fixed employment”.

The government equalities office has responded to say abuses “must be stopped” and that a consultation on how current laws can be improved had just finished.

“We proposed a number of measures to strengthen and clarify the law so that we can provide explicit protections to anyone who experiences this vile behaviour in the workplace,” a spokeswoman said. 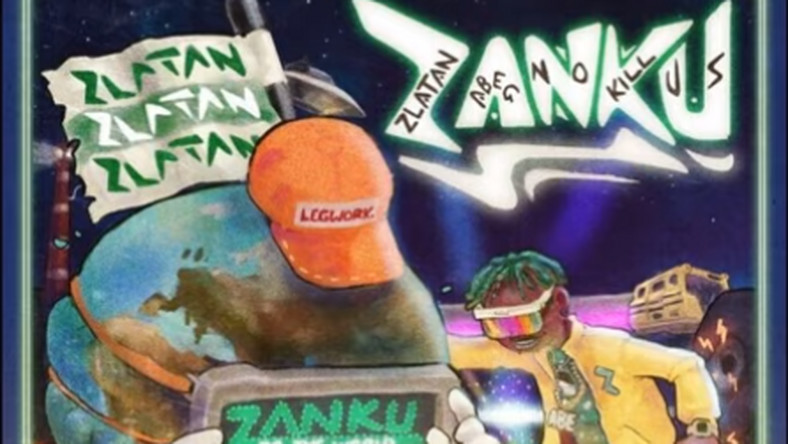 You can also pre-order the album.

The album is going to be titled, ZANKU To The World. The album-title was a slang invented by the rapper and used for Nigeria’s current biggest dance craze. It means, ‘Zlatan abeg nor kill us.’ The album has also been made available for pre-order.