The tribute, posted on Instagram to Lohan’s 8.1 million followers, included a black-and-white snapshot of the pair smiling for the cameras as they held hands attending the 63rd International Venice Film Festival in September 2006, ET online reported.

The body of Morton, 38, founder of the Pink Taco restaurant chain, was found in his Beverly Hills home by his younger brother Matthew. The death was confirmed by a spokesperson for the Beverly Hills Police Department, ET online reported.

The spokesman told the website there was no evidence of foul play and an autopsy was pending.

Morton was the son of business tycoon Peter Morton, co-founder of Hard Rock Cafe and Hotels, and the grandson of Arnie Morton, founder of Morton’s The Steakhouse, the report said.

In addition to starting Pink Taco, with locations in Los Angeles, Chicago, Boston and Las Vegas, he once owned the Viper Room nightclub in West Hollywood and was an investor in Beacher’s Madhouse.

Morton was romantically linked to several other stars over the years — including Paris Hilton and Britney Spears, ET online reported.

With the recent arrival of Cena’s new film, Playing with Fire, fans are wondering just how much Cena has in the bank. Here’s what we know about John Cena’s net worth.

John Cena’s total net worth is an estimated $60 million .

Cena started his professional wrestling career in 1999, and in 2015, Cena topped Forbes’ inaugural list of WWE’s highest-paid wrestlers with earnings of $9.5 million. In 2016, Cena was second place on that list with a salary of $8 million.

And of course, Cena also has a very active acting career. His 2018 comedy Blockers earned $21.4 million its opening weekend, and that’s pretty impressive for an R-rated comedy, as the Independent pointed out. In fact, it made for the highest-grossing weekend of an R-rated comedy since Girls Trip hit theaters in 2017.

Cena has also appeared in movies like Trainwreck, Sisters, and Bumblebee, and he’s recently been cast in the upcoming Fast & Furious 9 , and the upcoming Suicide Squad sequel. On the TV side of things, Cena now hosts the Ar e You Smarter Than A 5th Grader revival on Nickelodeon.

And of course, we could never forget that John Cena made an album . It was released by Columbia Records and the WWE, and it went on to achieve gold status from the Recording Industry Association of America.

The best part of all this? Cena is a charitable guy, too he holds the world record for granting the most wishes for the Make-A-Wish Foundation.

“Iron Man” and “Iron Man 2” director Jon Favreau has opened up about the recent debate surrounding the quality of Marvel films.

Martin Scorsese says he doesn’t watch Marvel movies and that they are ” not cinema.” http://cmplx.co/03Vk44n 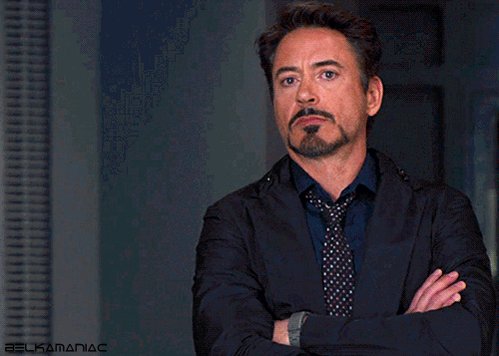 Similarly, on his Instagram, Gunn, 53, shared a message saying: “Many of our grandfathers thought all gangster movies were the same, often calling them “despicable.” Some of our great grandfathers thought the same of westerns, and believed the films of John Ford, Sam Peckinpah, and Sergio Leone were all exactly the same.”

“…not everyone will be able to appreciate them, even some geniuses. And that’s okay,” added Gunn.

Gunn and Favreau aren’t the only members of the Marvel family to weigh in. Robert Downey Jr., Samuel L. Jackson, Natalie Portman and Sebastian Stan have all expressed their opinions.

“I appreciate his opinion because I think it’s like anything — we need all of the different perspectives, so we can come to center and move on,” Downey Jr. said, prompting Stern to ask if he was insulted by the dig.

When asked whether Scorsese’s comments insulted him, Downey responded: “It would be like saying Howard Stern isn’t radio… It makes no sense to say it.”

Jackson, 70, another staple of the franchise also fired back.

“I mean, that’s like saying Bugs Bunny ain’t funny. Films are films. Everybody doesn’t like his stuff, either,” Jackson told Variety. “Everybody’s got an opinion, so I mean it’s okay. Ain’t going to stop nobody from making movies.”

Portman, 38, who was once a very vocal critic of the franchise, is set to return for “Thor: Love and Thunder,” and said to The Hollywood Reporter: “I think there’s room for all types of cinema. There’s not one way to make art.”

“People have been going up to me like, ‘Thank you so much for this character,’ ‘This movie helped me out so much,’ ‘This movie inspired me. Now I feel better. Now I feel less alone,’ so how can you say these movies are not helping people?”

The next Marvel film slated for release is “Black Widow,” which will hit theaters in May of 2020.