Visible panty lines (VPLs) can be really annoying! Do not give up yet! Here are some suggested ways to avoid them.

1) Avoid skin-clinging clothing. Extremely tight clothing will always bring out a panty line. If you love to wear skirts, consider wearing a loose-fitting style that will not show panty lines as much.

2) Choosing the right panties by making sure they are not too tight, or else they will dig in to your skin and cause panty lines. If you also go for an underwear that is too loose, it can easily wrinkle up inside your clothes, showing wrinkles and bumps. To avoid this, you can go for thongs.

3) Thongs simply don’t have the lines to show, making them the ideal panty line-free choice. G-strings are also good options because they have even less fabric than thongs, so they will help in minimizing panty lines.

4) If you hate thongs, there is another alternative! Boys shorts! Boy shorts extends downwards towards your thighs but be careful to be more cautious with boy shorts than you do with thongs because they do not completely erase the visibility of a panty line.

5) Look for seamless panties. Elastic and spandex panties are very good for a seamless look, but they are not breathable which makes it not suitable for an undergarment due to our feminine health. Cotton fabrics are not seamless because the fabric is too thick.

6) You can opt for shapewears too, because they can extend to your mid thigh, so there will not be a panty line. You can wear panties under your shapewear or not, depending on what you want. If you just want to smooth out your butt, upper thighs, and/or lower stomach, you can buy panty-style shapewear.

7) Tights and pantyhose are also good options. Wear a pair under your clothing. You do not need to wear underwear under your tights or pantyhose if you don’t want to. You can buy high-waisted styles if you want some coverage over your stomach, although tights will never give you as much control as shape wear.

8) Choose thicker fabrics. Pants and skirts made from thick, textured fabrics are much less likely to show panty lines than silky, clingy fabrics. Rear pockets also adds extra fabric to the seat of your pants, so they may also help hide panty lines.

9) Opt for prints and patterns. The trick here is that you use the print to distract the eyes from the visible pant lines. Which means that they do not totally eradicate the pantline, instead, the disguise them. It’s a good idea to check for panty lines in the mirror before you go out. 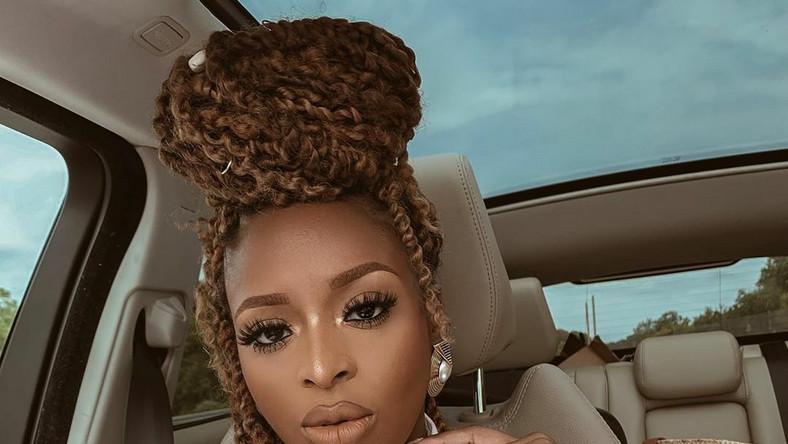 Protective hairstyles are the best options for the rainy and cold season.

Protective hairstyles never go out of trends as they help you maintain and grow your natural or multi textured hair.

As the cold season begins to creep in, it’s advisable to keep your hair protected and stylish simultaneously. The hairstyle has grown beyond Nigeria and extended to the other parts of the world.

Ronke Raji rocked the gold loose faux locs which another way to rock this type of protective hairstyle.

Tiwa Savage rocked the tight knotle braids which would definitely look good on you.

Bolanle rocked the loose faux locs that totally looked good on her. You can make this style the next time you visit the salon. 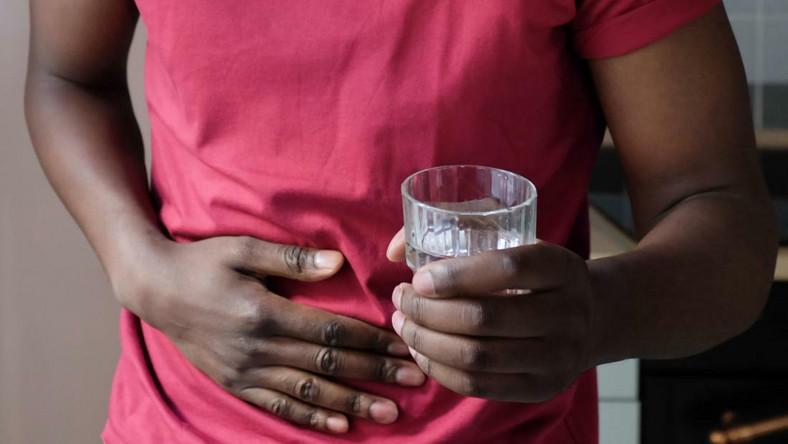 According to Wikipedia, stress ulcer is defined as a single or multiple mucosal defects which can become complicated by upper gastrointestinal bleeding physiologic stress.

Be that as it may, it is important to note that an ulcer occurs when tissue in an area of the mouth, stomach, esophagus, or other parts of the digestive system becomes damaged.

And as a result, the area gets irritated and inflamed and creates a hole or sore. Ulcers are at risk of bleeding, so those occurring in the stomach and intestinal tract need to be monitored.

Heartburns are pointers for stomach ulcers. A burning sensation in the chest can happen due to an intake of spicy foods but if it persists and over the counter, drugs don’t provide relief, see a doctor.

When hiccups and burps are persistent after eating or taking water or just ‘naturally’ (which isn’t) then it’s time to see a doctor for proper examination.

Persistent stomach pain/sharp or dagger-like pain in the stomach may form early pointers to stomach ulcers and this should be taken care off as soon as possible.

Bloating or feeling heavy even when not necessarily filled up with food is another sign that could indicate stomach ulcer.

Indigestion is another common sign that indicates stomach ulcer. If after eating anything and there’s a persistent feeling of discomfort or feeling of indigestion, see a doctor.

When it comes to matters of home remedies, Aloe vera is great.

Widely used in the cosmetic, pharmaceutical and food industries known for, aloe vera is known for its antibacterial and skin-healing properties.

In addition, several studies have shown that aloe vera may also be an effective remedy against stomach ulcers.

As a matter of fact, one of the studies showed that aloe vera consumption significantly reduced the amount of stomach acid produced in rats suffering from ulcers.

It is quite funny that honey is being appreciated for its sweetness instead of the numerous health benefits that come with consuming it.

Studies have not only shown that honey can contain up to 200 elements, including polyphenols and other antioxidants, they also confirm that honey is a powerful antibacterial that inhibits H. pylori growth.

As long as you have normal blood sugar levels, you can enjoy honey as you would any sweetener, with the bonus of perhaps soothing your ulcers. It is important to note that H. pylori growth is one of the primary causes of an ulcer.

According to herbal practitioners, garlic is the oldest known medicinal plant variety in existence. It has been used for the treatment of different illness from time in memorial.

However, like honey, studies have also shown that garlic extract inhibits H. pylori growth in the lab, animal, and human trials.

Flavonoids which are compounds that occur naturally in many fruits and vegetables have been suggested by research to an effective additional home remedy for an ulcer. However, foods and drinks that are rich in flavonoids include soybeans, legumes, red grapes, kale, broccoli, apples, and berries.

Studies have shown that when it comes to ulcer treatment, both ripe and unripe banana can be very effective. And this is because, like honey and garlic, there are certain antibacterial compounds in bananas that inhibit the growth of ulcer-causing H. pylori.

However, to treat an ulcer with banana, eat at least three ripe bananas a day. You can also peel two or three bananas and cut them into thin slices.

Dry the sliced banana in the sun and grind into a fine powder. Mix together two tablespoons of this powder and one tablespoon of honey and take this mixture three times a day for about a week.