Why you shouldn’t wear a waist trainers everyday

0
0
Share
1.It will limit blood and oxygen flow to your vital organs which can lead to dizzy spells and difficulty breathing.

2. Waist trainers will heat up the core temperature and can cause excessive sweating. This is a potential cause of dehydration.
3. Increases the chances of indigestion: The waist trainer also pressing on your chest area will increase your chance of heartburn and indigestion.
4. Having a waist trainer tightly around your waist for hours can cause rashes and skin irritation in general. In worst scenarios, bruising will occur on parts of your core.

So does that mean I can’t wear a waist trainers?
Yes you can. That will be explained in our coming episodes on this blog. Just keep following our updates.
Post Views: 30

– Ebuka recently shared some stunning photos of himself showing off his fashion sense – A Twitter user reacting to the photos described the media personality as the best-dressed celebrity in Nigeria – His wife Cynthia responded to the tweet, revealing he looks good even when he’s not wearing anything.

Nigerian media personality, Ebuka Obi Uchendu, is arguably one of Nigeria’s best-dressed celebrities.Every outfit he steps out in is often a hit and this probably explains why a lot of people look forward to his eviction outfits.

Cynthia and Ebuka have two children together.

Just recently, the media personality decided to tension his fans and followers with a collection of some of the outfits he has rocked in recent times.

The photos which have since gone viral garnered 16,000 likes in less than 24 hours with many people commending him for his good sense of style. Twitter user, Bugo, took to her page to hail the BBNaija host for the same thing. According to her, he looks good in anything. “Ebuka is actually the best dressed Nigerian celebrity. Clothes sit perfectly on him and he looks lovely in anything,” she tweeted. 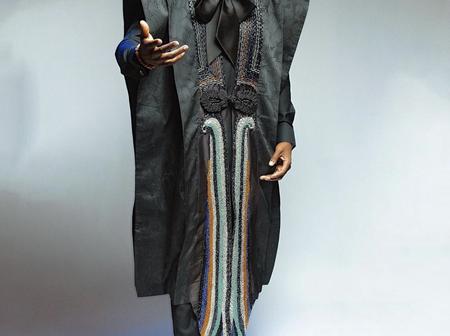 On the other hand, it can actually mean wearing the same color from head to toe, only that it makes sense when it is done in different shades, tone, and tints of a particular color, yes, of just one particular color.

This is the technical meaning of monochromatic.  Many people think it means exactly the same color head to toe, it can be, but it doesn’t have to be. No matter what color you choose, if you mix shades and tints of that color, it will always work together.

Cop this style if you are petite in nature, or you just want to appear slimmer and taller. Dressing monochromatically can make you appear taller and slimmer because the outfit is creating one seamless line from head to toe