YOU MAKE THE MEANING OF POPULAR CULTURE

0
1
Share
Popular culture doesn’t have a univocal meaning, it depends on who’s defining it. It encompasses the most immediate and contemporary aspects of our lives. These aspect are often subject to rapid change.
With these fundamental aspect, pop culture maybe defined as the products and forms of expression and identity that are frequently encountered or widely accepted, commonly liked or approved, and characteristics of a particular society at a given time.

ORIGIN OF POPULAR CULTURE
Popular culture was coined in the mid-19th century and referred to the cultural traditions of the people, it origin is traced to the rise of creation of the mid class generated by industrial revolution. People who were configured into working classes and moved into urban environments far from their traditional farming life and found themselves in crowded cities marked by great cultural diversity. These diverse people would come to see themselves as a ‘collectivity’ as a result of common, or popular, forms of expression. The people  lived on by .creating their own culture to share with their co-workers, as a part of separating from their parents and bosses.
URBANISATION IN POPULAR CULTURE
After the end of World War II, innovations in mass media led to significant cultural and social changes in the west. At the same time, capitalism, specifically the need to generate profits, took on the role of marketing: newly invented goods were being marketed to different classes. The meaning of popular culture then began to merge with that of mass culture, consumer culture, image culture, media culture, and culture created by manufacturers for mass consumption.
As recently as 2000, “mass media” meant only print (newspapers and books), broadcast (televisions and radio), and cinema (movies and documentaries). Today, it embraces an enormous variety of social media and forms. Today’s pop culture is versatile in creativity, we have them in sports, music, movies, internet, video games, books and other forms.
In the modern West, pop culture refers to cultural products such as music, art, literature, fashion, dance, film, cyber culture, television, and radio that are consumed by the majority of a society’s population. Popular culture is those types of media that have mass accessibility and appeal. It is what we do, our performances, actions, trends, it is our way of life with the accessibility of change.
Post Views: 51

“Omoyele Sowore Arrested!” This was the news that greeted our eardrums in the early hours of Saturday, 3rd August 2019. Particularly, he was arrested at 1:25 am by the operatives of the Department of State Security. What was his offence? He had called for a revolution in Nigeria with his now popular hashtag on twitter; #RevolutionNow and had scheduled a peaceful protest slated for August 5th 2019. It was clear from that the government on Nigeria was ready to clamp down on whoever was against it.

Before launching into the crux of this discourse, it is important to state the grounds that the Federal government and Sowore stand upon for the actions they have taken in respect to this case. On the part of the Federal government, they have relied on part 2 section 37 of the criminal code Act 1990 which talks about treason and the punishment for it thereof. On the part of Sowore, he has relied on section 39(1) of the constitution of the Federal Republic of Nigeria which talks about freedom of speech. It is equally important that as a matter of utmost seriousness, we examine the exact provision of part 2 section 37 of the criminal code Act 1990. It states expressly in subsection 1 that;

“Any person who levies war against the state, in order to intimidate or overawe the President or the Governor of a state, is guilty of treason and is liable to the punishment of death”

The question we need to ask ourselves is; has Omoyele Sowore expressly contravened this position of the law or is the Federal government uncannily trying to infringe on his fundamental human rights as provided by Section 39(1) of the constitution of the Federal Republic of Nigeria? Your answer is yes? Yours is No? Follow me on this journey and afterwards you can take your stand!

It is important to note that the growth and development of Nigeria as a state should be the topmost desire of every Nigerian, irrespective of bias or political affiliation. On the backdrop of this, in July 2019, Omoyele Sowore released a video in which he expressly stated that;

With this statement made and the provision of Part 2 Section 37 of the criminal code 1990, has Omoyele Sowore in any way intimidated the Nigerian state? O

Without mincing words, it must be categorically stated that when the government of the day was elected in 2015, they coasted on the promise that they were going to combat corruption in all sectors in Nigeria. What would you have expected? I’m pretty sure that you would have expected that those people who were indicted coupled with those who were being investigated would have been put behind bars. Up till now, has anyone been served a jail term? No! Rather, in this regime, unimaginable things like snakes swallowing sums of money among other things have been heard. In this regime, Fulani herdsmen have gained popularity; in this same regime, Nigeria has been named the poverty capital of the world; In this regime, the prices of goods and services have skyrocketed. On the backdrop of these unfortunate circumstances, if a patriotic Nigerian then calls for a peaceful revolution, should he be clamped down upon? No!

In some quarters, the arguments might be that Sowore is inciting a revolution because he lost the 2019 general elections. This argument is laughable in the sense that when in 2003, the current president of the Federal Republic of Nigeria lost the 2003 elections, he led a massive protest. In 2007 too, he didn’t go to sleep. To crown it all, when in 2011 he lost again, his supporters went on riot, killing people and burning public and private properties. Was he arrested in relation to treason? No! Why then arrest Omoyele Sowore?

The arrest of Omoyele Sowore instead shows a government trying to hide its strategic failures; failures in the terms of the promises that roll in their ‘catacombs’, failures in security, failures in power, failure to give Nigeria a national carrier in the aviation sector. The government of Nigeria is using the arrest of Sowore to shroud the fact that it has succeeded in recruiting, old and counter-productive men as his ministers as against the promise to recruit vibrant minds; the government is using this to eshroud the fact that whoever joins the camp of their party is automatically a saint and those who do not are witch-hunted everywhere.

By the arrest of Sowore, the Federal government has expressly shown that it has no regards whatsoever for fundamental human rights, particularly the freedom of speech in this case. In the first place, Nigeria is in a state of comatose and when one Nigerian asks for a change, you clamp down on him and claim he had committed treason? Totally unacceptable.

I leave you with this question; WHICH WAY NIGERIA? 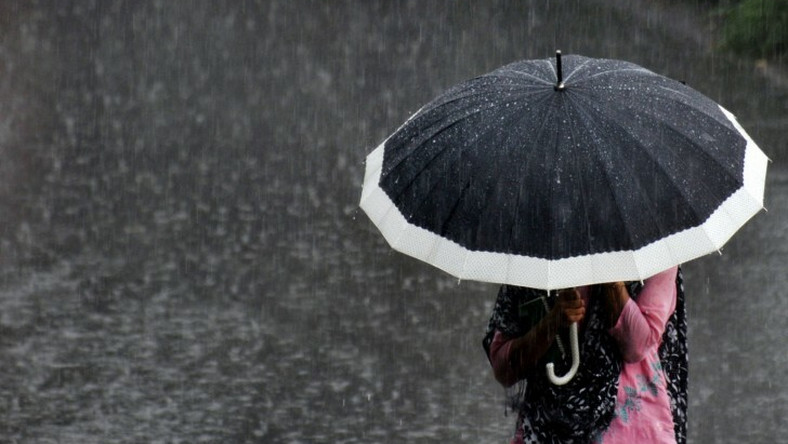 The rainy season seems unending and your best bet is to always be prepared!

Going around on rainy days can be a little messy especially if you do not have a car to take you around.

Judging by the weather these days, predictions are not safe anymore because you might just be caught unaware. With the situation of our roads, you should expect most places to be muddy and messy. Feeling cold during the rainy season is inevitable and if you’re not well protected, you might just fall sick.

Rain has no respect for your designers shoes, so you need to stay woke. Protect your designer shoes by getting water proof foot wears, ranging from rain boots, rubber shoes to waterproof flip flops. So whether you are heading to work or running errands there’s always a rubber shoe to the rescue. 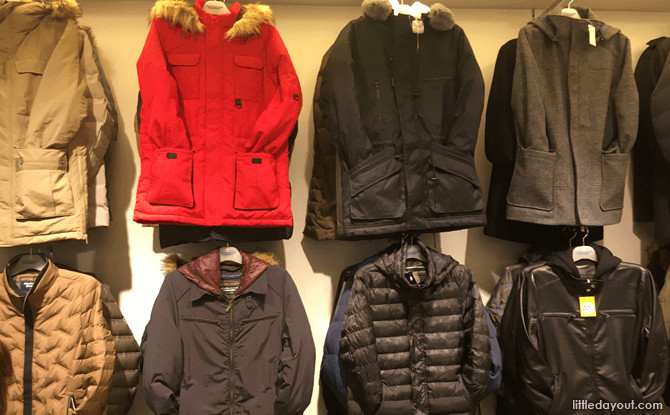 Cold weather apparels will protect your body from the cold caused by the rain [Credit: Little Day Out]
Little Day Out

Do you know the wetter you get, the colder you become? When the cold gets too much, you’re likely to come down with a flu or get sick. To avoid this, you need to have several cold apparels with you all the time. Some of the cold weather apparels are sweater, rain coat, blazers, gloves and many others. 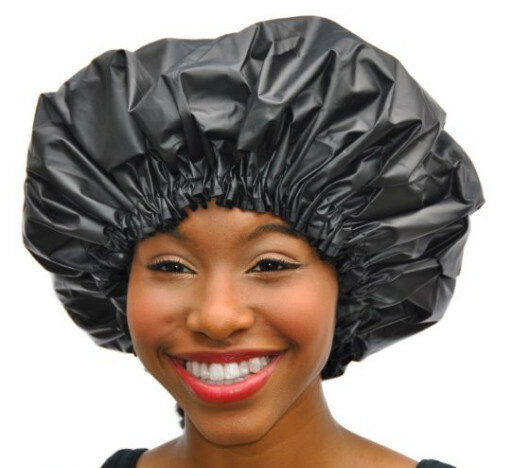 Shower caps protect your hair from getting wet in the rain [Credit: Shower]
shower

For ladies, you can’t afford let your well-made hair get wet because it gets smelly after, which is so ‘unfresh’. When your hair gets wet and it’s not properly dried, it would get smelly. Apart from the smell, it could also lead to cold and discomfort. To prevent all this, all you need to do is buy a shower cap to properly cover your head with when it’s raining or drizzling outside. 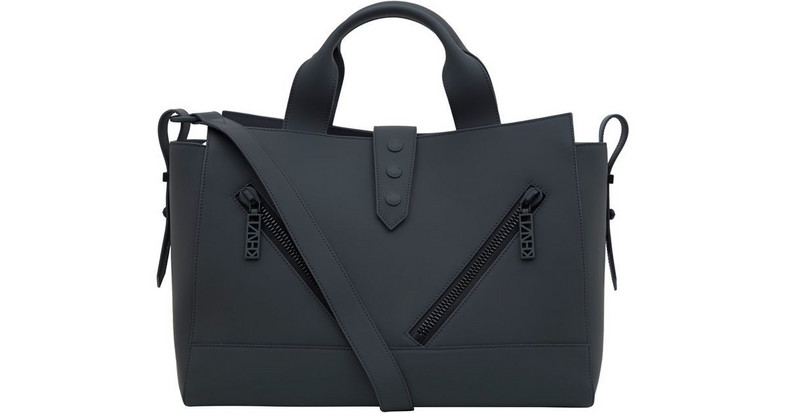 Since the rain is going to disrupt your day, you can’t afford to leave your important documents or makeup products at home. You need waterproof bags to protect the items you need to carry around. When you notice it might rain, you need to swap your leather bags for the waterproof/jelly ones. Better still, shop for more jelly bags this seasons.